Nilmarie Huertas is the loving, caring and pretty girlfriend of Puerto Rican baseball player Francisco Lindor. He is the MLB shortstop for the Cleveland Indians.

Nilmarie;s MLB beau was born on November q14, 1993 in Caguas, Puerto Rico. He attended Montverde Academy in Montverde, Florida and subsequently was awarded with a scholarship by the Florida State Seminoles baseball team, but he turned it down.

Instead he signed a $2.9 million contract with the Cleveland Indians after they selected him in the first round (eighth overall) of the 2011 MLB Draft.

Lindor didn’t play for Cleveland right away, he rather played the 2011and 2012 seasons with the minor league team the Mahoning Valley Scrappers.

Nilmarie Huertas longtime partner of Lindor watched him making his MLB debut for the Cleveland Indians on June 14, 2015.

Without any further ado, are you ready to learn a thing or two about Lindor’s pretty gal? 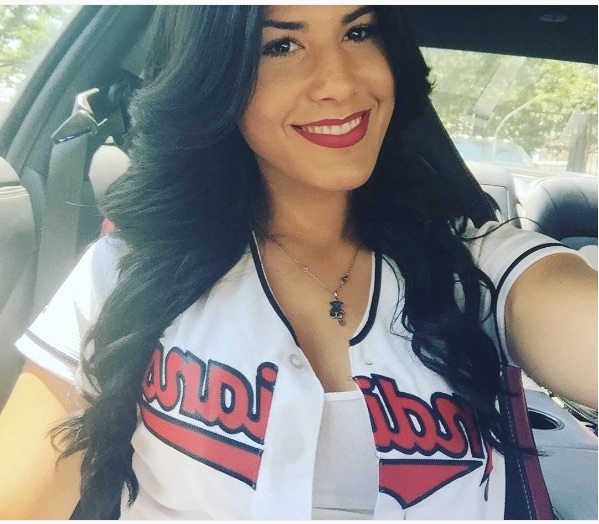 Ms. Huertas is no stranger to sports; however baseball is not the sport she grew up with. It was basketball, her bro David Huertas is a professional basketball player with the Puerto Rico National team.

This pretty MLB Wag, was born on August 9, 1991 in Humacao, Puerto Rico; where she first attended at Petra Mercado Bougart before she attended at Florida State College in Jacksonville, Florida.

Pretty Nilmarie,  also studied English education at the Caribbean University. For some time she was a teacher at Colegio Calados in Bayamon, Puerto Rico.