Meet Sanna Kiukas; the pretty girlfriend of NHL player Patrik Laine, the young winger from Finland who currently plays for the Winnipeg Jets as well as Finland National Hockey Team.

Prior to signing with the Jets in July 2016, Patrik played for the Finnish hockey team, Tappara.

Patrik in case you didn’t know is dating the lovely Sanna.

Ms. Kiukas from Helsinki, Finland, was born Sanna Mari Kiukas on February 10, 1998. Like her beau, 5’5″ Sanna is also a hockey player.

As a winger, she played for the Espoo Blues  from 2014 to 2015, and currently plays with Ilves; she made her international debut with Finland U18 in 2014 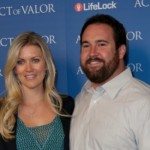