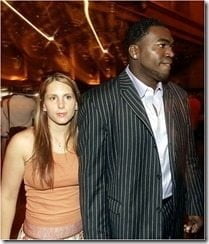 Formerly known as Tiffany Brick became Mrs. David Ortiz back in 2002. The couple met at a bar While Dave was playing A Ball at the age of 20. he decided to go out after a game one night with some of his teem-mates who brought their wives and girlfriends who brought some of their friends. Ortiz was still with the team the originally signed him from the Dominican Republic, the Seattle Mariners. Their Single A team is located in Wisconsin, which is where Tiffany lived. Now you know a woman’s power when you make your man become your  hometown’s football team; Tiffany convinced Ortiz to be a Packers fan although this might not sit well with the red sox fans.

Tiffany was born in 1974 and has moved around quite a bit; she is from Kaukauna, Wisconsin and has lives in Wrightstown, Wisconsin; Newport Beach, CA and also in Newton, MA. Tiffany and Big Papi were married in 2002 and have 3 children – daughter Jessica,born October 23, 1996; daughter Alexandra born March 22, 2001 and son D’Angelo born July 10, 2004. Aside from raising their children, Tiffany has been involved in the charity work done by the Red Sox wives, including the annual Red Sox Foundation charity fashion show. She and 2013’s designated hitter for the Red Sox have been very charitable over the years, founding The David Ortiz Children’s Fund in 2007, which is used to donate towards various organizations to assist children in need.

Unfortunately it was reported earlier in the year that after nearly 10 years of marriage the couple was counting their last home run; this although shocking is seen very often in power couples, the more successful either party is the more quickly your personal life starts to crumble apart.

“There are some situations in life that work out for a period of time and at some point they don’t work out anymore and you have to move on,” “I’m moving on. She’s moving on. Hopefully everybody respects that.” 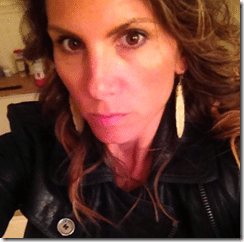 “Mother of Alex & D, BFF of Foxxy and the baby Happy. On the Boston board for US fund for UNICEF, Pmc rider, Tree Hugger and Yogi.”

You can check her out here.