Meet Abby Dixon; her name probably sounds familiar to some of you. Maybe that is because not only she is a successful model but also the beautiful wife of US tennis player Sam Querrey.

Abby Dixon’s husband Sam Querrey, was born October 7, 1987; in San Francisco, California. He is one of two children born to Chris and Mike Querrey; also proud parents of Sam’s younger sister Ellen, a former high school volleyball player. The Querrey children are not the only athletes in the family though; back in the day,  Detroit Tigers selected Mike Querrey in the 1979 MLB Draft; however, he didn’t sign with the Tigers and opted to play college baseball instead.

Sam started playing tennis when he was four years old, thanks to his momma who introduced him to the sport. Chris and Mike Querrey managed a tennis club in Las Vegas.

Querrey received a full scholarship offer to play at the University of Southern California, but he decided to turn pro in 2006, and there was no turning back before that.

In 2006, he won his first match in the first round at Indian Wells, before falling to James Blake; Sam also received a wildcard at the US Open, but was defeated by Gaston Gaudio in the second round. Querrey won his first tournament in March 2008, at the Tennis Channel Open in Las Vegas, where he defeated Kevin Anderson 4-6, 6-3, 6-4.

2010, was a better year for Sam Querrey who won the Serbia Open, Aegon Championships in London, and Farmers Classic in L.A.

In 2012, he reached the semifinals at the Aegon Championships, before falling to Marin Cilic; who also send him home in the third round of Wimbledon; he was eliminated in the third round by Tomas Berdych at the US Open; close the year by defeating Novak Djokovic in the second round at the BNP Paribas Masters.

6’6″ Sam Querrey was desperately looking for love in 2015 when he appeared in the reality t.v show Millionaire Matchmaker, he went a date with a lovely girl, but it didn’t go anywhere.

“The date was fun, the girl I chose was really cool. At the end of the episode it said we’re still together, but actually she never talked to me once after the show was shot,” Querrey said. “I was sort of peer-pressured into doing it, and I was nervous before it came out because I thought it would be embarrassing, but it wasn’t that bad.” Querrey is way luckier with love indeed. He is dating an extremely pretty girl, her name is Abby Dixon; the 5’9″ model with lovely blonde hair and the most amazing blue eyes. 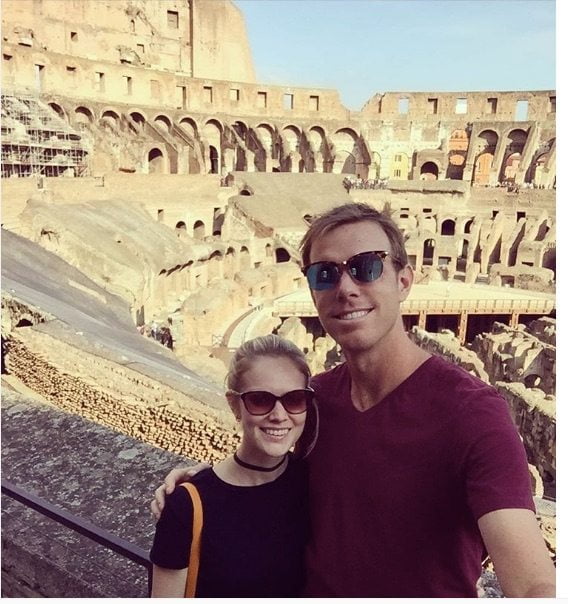 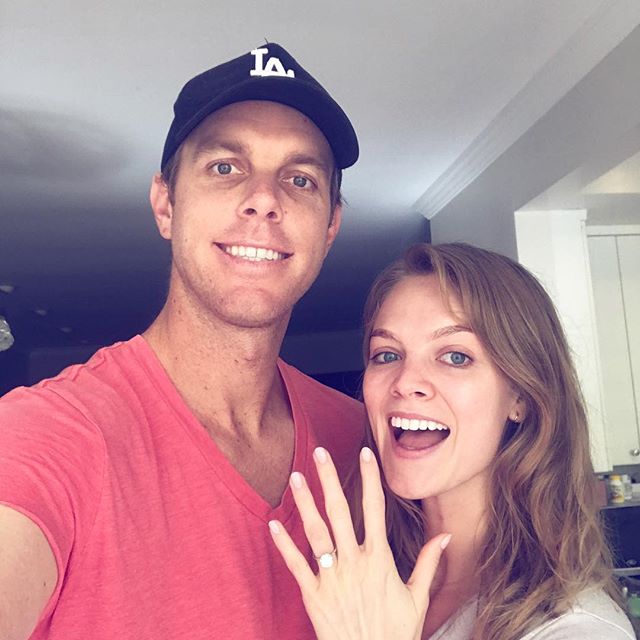 Sam and Abby announced their engagement on March 3, 2018.