Alice Mendell is the wife of Baylor University president, Ken Starr. It isn’t a good time to be in her husband’s shoes after his firing from the University in Waco, Texas, amid the mishandling of sexual assault reports involving multiple football players. 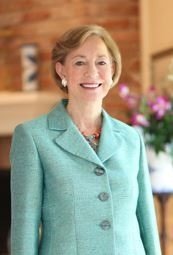 Will his wife of many years will also support him?  69-year-old Alice Mendell isn’t just any lady, she is the type of woman who will grill Ken Starr about anything.

Alice Mendell is the mother of the couple’s three children; son Randy Starr, and daughters Carolyn Doolittle, and Cynthia Starr. Together they are also the grandparents to six grandchildren. Alice Mendell along with her longtime husband are members of the Columbus Avenue Baptist Church in Waco. 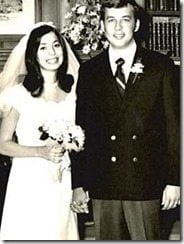 Alice Mendell a tireless volunteer and philanthropic leader. She is a respected businesswoman, served on various board nationwide; in boards; in addition to that, she has dedicated her adult life to helping the sick and disabled, mentoring students and promoting the arts.

According to wacotrib, Baylor’s first lady was a Jewish girl from Mamaroneck, N.Y., and attended Skidmore College.  She met Ken at a summer Spanish class at Harvard University.

She has served on the boards of Childhelp USA, which assists victims of child abuse; SongFest, a summer arts program offered at Pepperdine University; the McLean (Va.) Project for the Arts; George Washington’s Mount Vernon Estate & Gardens; and Medical Care for Children’s Partnership, which helps provide medical and dental care for children in Fairfax County, Va. Prior to that, she served on the board of the Fairfax County Library Foundation. And that’s far from a complete list.

In the mid-1990s while Ken was investigating the Whitewater affair, she was president of the McLean Chamber of Commerce.

Furthermore, in 2005 Alice formed Starr Strategies, a public relations and marketing firm that caters to nonprofit organizations. She is president and CEO of the company, which also became Texas-based.