Amelia –who is the Star Tribune’s University of Minnesota’s basketball writer –revealed in 2013 she attended a “going-away party for a university communications director who had resigned, while there she describes she spoke with Teague who also attended the party. As she was leaving, Teague texted and asked her if she wanted a drink.

The blonde first sets the record straight saying, she agreed under work purposes only and also because she and Teague had drinks five to seven times before, she goes on to say “all but one of those occasions in a group setting. I also attended several cocktail parties at his house. I was happy to have such a useful window into the program. We talked about basketball, coaches and his plans for the department.”

But that night was different she says; after acknowledging she was newly single, Teague made several advances to what she firmly responded no. Teague told her at one point ““Don’t deny,” “our chemistry.”

Rayno, says after that night the situation with Teague got worse and she even brought the whole thing to human resource last year, providing Teague’s text messages. 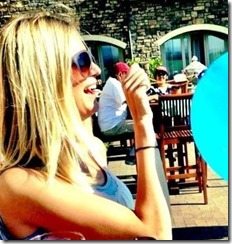 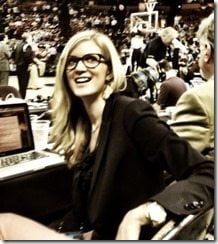 I avoided him as much as possible. Losing meaningful access to an athletic director isn’t a situation a college reporter wants to find herself in, but to me it was the best of all the bad options. He noticed the change. “Ur no fun anymore,” he texted. “U seem obtuse.” “Ur radio silent.” “U think I’m gross.” “Ur giving me a complex.” “U hate me, I’m toxic.”

According to her LinkedIn, she has been a sports reporter at Minneapolis Star Tribune since 2010. The pretty blonde attended Emerson College in Boston, Mass. She has also worked for the Boston Globe and The Detroit News. She calls Raleigh, North Carolina her hometown and currently resides in Minneapolis.

She describes herself in social media as “restless traveler; amateur chef; whiskey drinker”