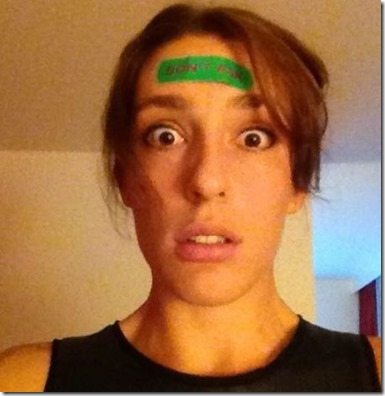 Following the 2014 French Open? Well, we have news!, Andrea Petkovic advanced to her first Grand Slam semifinal with quarter-final victory at the French Open. The 26-year-old beat 2012 finalist Sara Errani; she broke the Italian world number 11 Errani seven times and hit 26 winners on the way to victory. Petkovic will next face fourth-seeded Simona Halep.

The 5 ft 11 in German who turned pro in 2006 had been 0-3 in major quarterfinals, losing at that stage at the Australian Open, French Open and U.S. Open in 2011. Her ranking dropped after that, as low as 177th last year, because of a right knee injury.

The beautiful and talented tennis player would spill the beans about her career and achievements all over her Twitter account but is very secretive when it comes to her personal life. Or at least we would have to ask the Germans! Did you know she was actually born in Bosnia and she moved to Germany at six-months old?

about two years ago, she was said to be dating some guy named Philip but not trace of him can be seen on her social media accounts. Or not a significant mention at least, she is pictured with friends and several guys but they all seem to be very friendly. 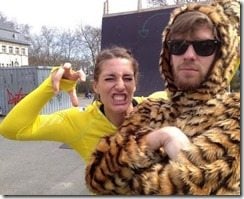 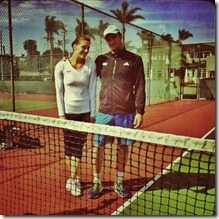 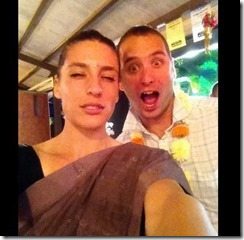 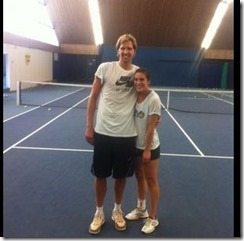 More on the romantic vibe we have this guy below, 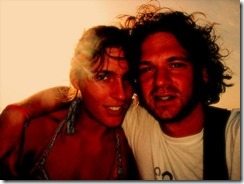 who according to this forum, is her man. what do you think? Take a look at the much hotter fashion below. 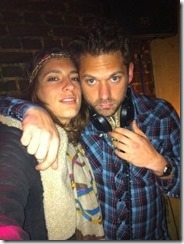 Now, that looks more like a couple, right! The guy seems to be some kind of DJ? Anyway, the pictures are dated back to 2011 so they have been together for a while, at least three or four years.

If this is still her guy, it turns out he is a a Drummer a Singer and Songwriter based in Darmstadt. You can take a look at his Twitter account here.

Anyway, single or not, Andrea will sure keep on shining!