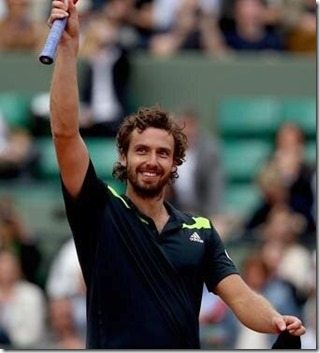 followed his won over Roger Federer by beating Tomas Berdych. Gulbis and Novak have known each other for more than a decade dating back to their days at Niki Pilic’s academy in Munich, but that is not the pair we want to talk about; as we wonder who the lady holding his heart is?! 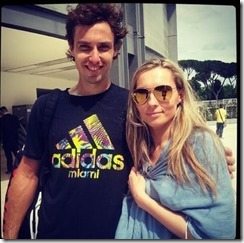 We’ve been trying to search for clues on his love life but no luck so far, his social media accounts have tons of pictures but none depicting a special lady. 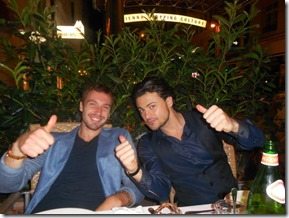 But if that special someone exists in his life, she sure is one lucky gal! The second of five children, Ernests doesn’t really need the money –which only shows his passion for the game –since he comes from a wealthy family. His ather, Ainars, is an investment businessman and former basketball player; mother, Milena, is a drama theatre actress. His sisters are Elina, who is older and finished her law degree in England; Laura and Monika who are younger and both play tennis; and one younger brother, Kristops, who is attending the Saddlebrook Academy in Florida to pursue golf. 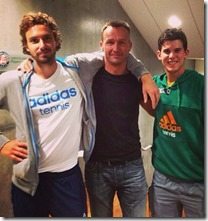 Originally from Riga, Latvia; he started playing at age five when his grandmother first brought him to a tennis court while his grandfather was a starter on former Soviet Union national basketball team which won European Championships.

There is no doubt he makes a great choice for the ladies, he speaks Latvian, Russian, English and a little German, other fascinating facts about him include his skill for other sports such as soccer, basketball and hockey.

Want to know more? He considers hard courts his favorite surface and serve and backhand drop shot his best shot.

His career highlights include a quarterfinal appearance at the 2008 French Open,a 4th round appearance at the 2007 US Open, in 2008, Gulbis won his first ATP Tour doubles title in Houston. He currently ranks No. 17 in the world in men’s singles which is his highest rank.