Julie Simmons is the proud mother of NBA player Ben Simmons, the Australian 6’11 point guard currently playing for the Brooklyn Nets, who previously played for the Philadelphia 76ers and college basketball at LSU.

Simmons took NCAA basketball by storm, posting averages of 19.9 points, 14.9 rebounds, 6.0 assists, 2.4 steals and 1.6 blocks through the Tigers’ first seven games. At just 19, he has already drawn comparisons to some all-time basketball greats.

As of April 2021, Ben Simmons’ net worth has been estimated at $75 million. In addition to his NBA salary, Simmons earns over $6 million from his endorsement deals with Nike, Upper Deck, Beats, Kellogs, Penfold Wines, Smart Water, and FootLocker. 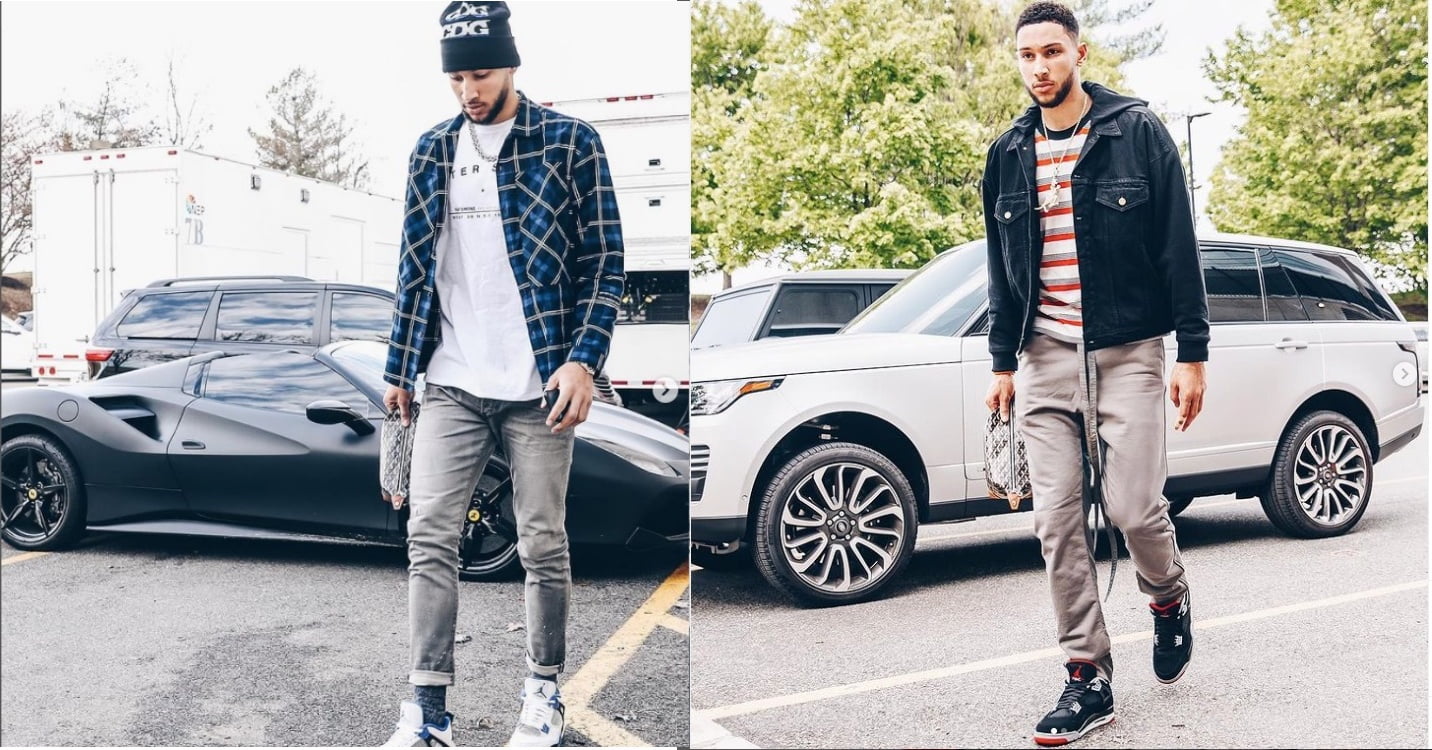 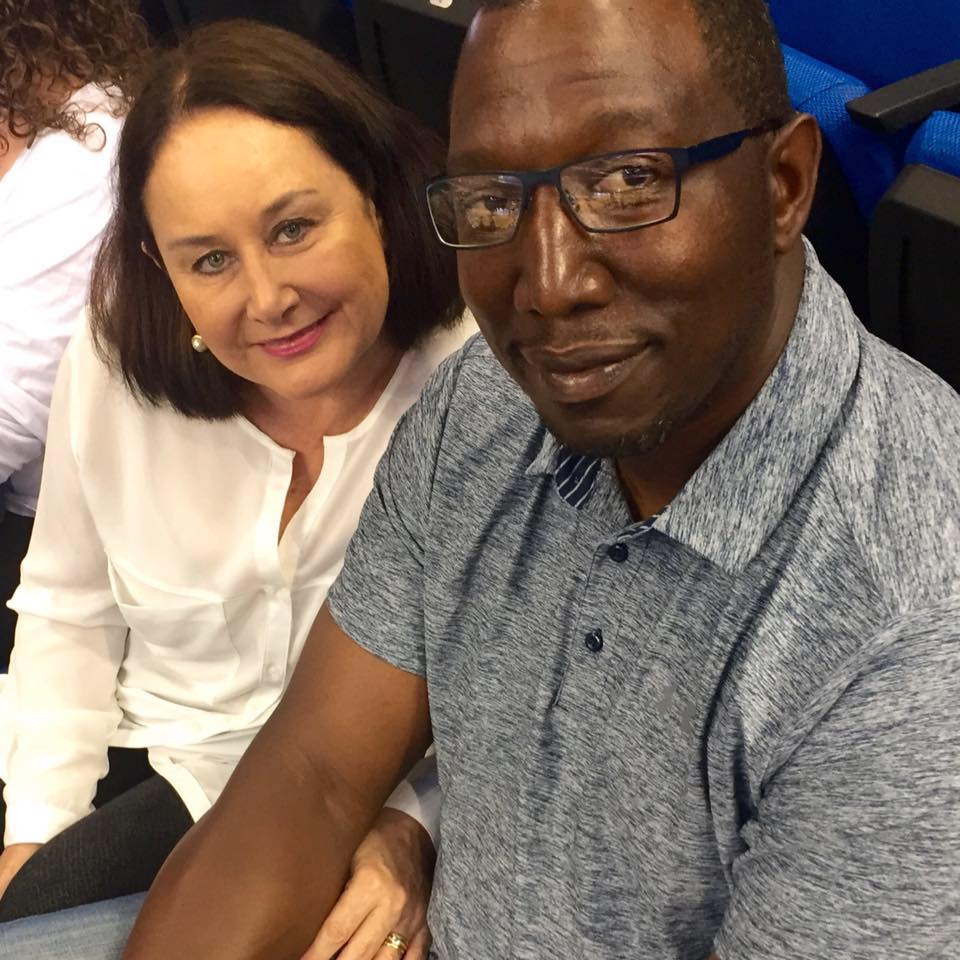 Australian native Julie Simmons has known the ins and outs of the sport for a long time. She is married to David Simmons, who played 13 seasons in the Australian National Basketball League (NBL), earning All-League honors with Melbourne in 1990 and an NBL championship with the Tigers in 1993.

Mr. Simmons was retired by the Melbourne franchise he played with from 1989-to 1996. Her husband also played for Newcastle, Sydney, and Canberra teams in the NBL and served as interim head coach and assistant for the Hunter Pirates after retiring from the game.

Dave Simmons started his coaching career with the Hunter Pirates as an assistant coach in 2003; that same year he served as interim head coach, before returning to his old assistant head coach during the 2004-2005 season.

The story goes that Julie Simmons went into labor during the opening ceremony of the 1996 Olympic Games in Atlanta.  She gave birth to Ben (Benny as she calls him) on July 20, 1996. 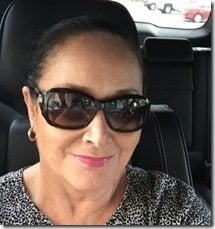 Ben Simmons’ mother Julie Simmons a personal assistant was born Julie Blake on January 21, 1958, in Melbourne, Australia where she attended Loreto Mandeville Hall. She is a former cheerleader and aerobics instructor who met her husband at a Melbourne gym in 1989. Julie was a cheerleader for Dave’s team the Melbourne Tigers for some time.

You can find lovely mama Julie Simmons on Twitter here. 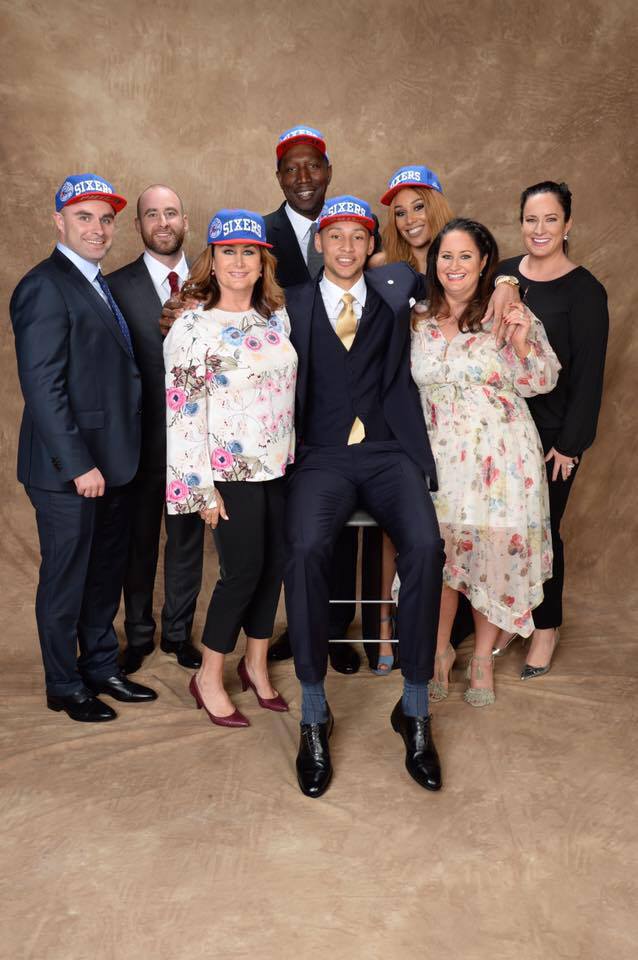 Julie Simmons and her husband have two children, daughter Olivia, and son Ben. Julie Simmons is the mother of four other children from a previous marriage to Mr. Tribe, they are Ben’s half-siblings: Melissa, Emily, Liam, and Sean Tribe. 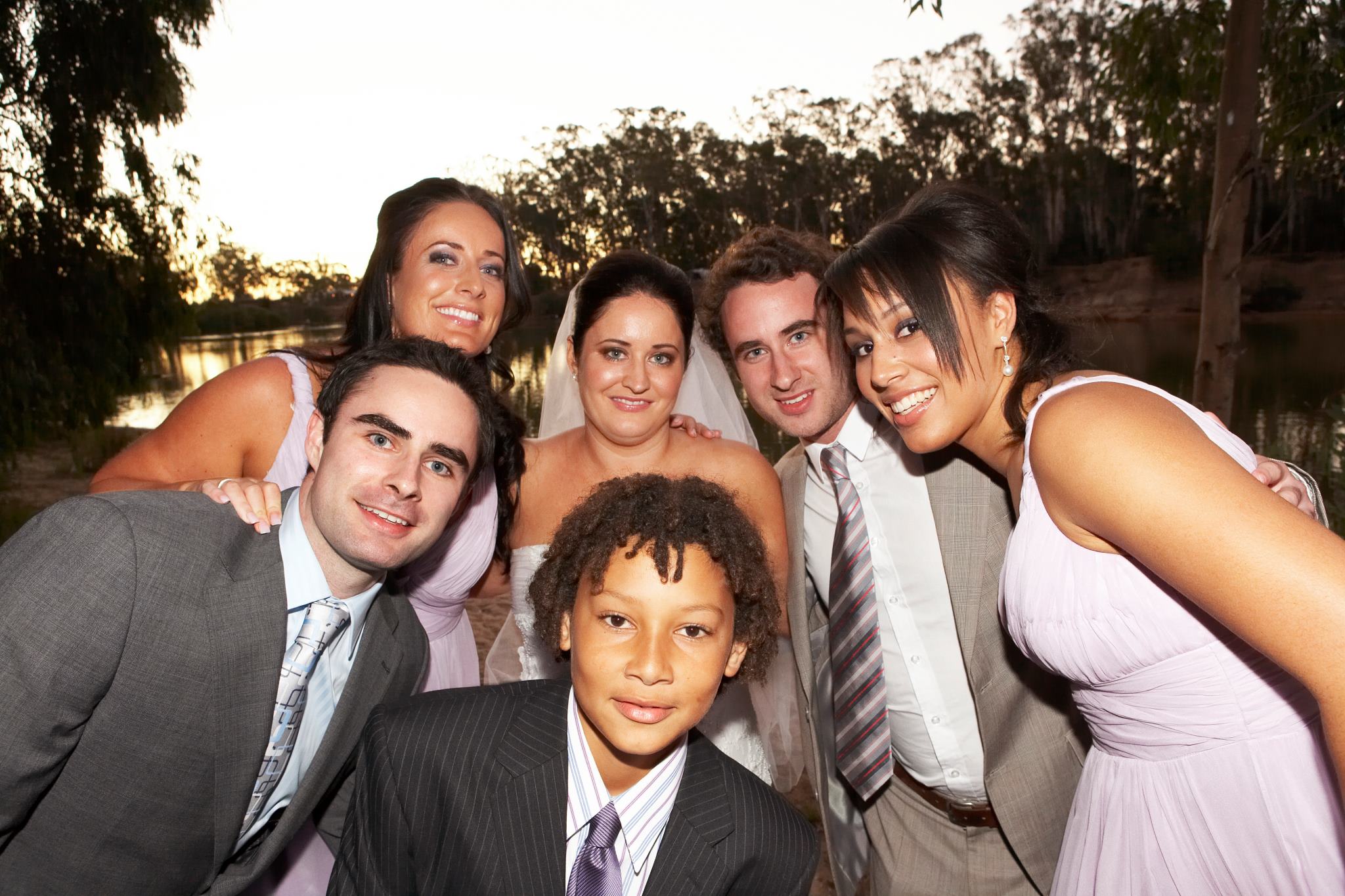 Her daughter Emily (b. October 17, 1980) a former rower at Washington State University is the wife of NFL player Michael Bush while Julies’ son, Liam worked as an assistant coach at Southwest Baptist in Bolivar, Missouri.

Melissa the oldest of the Tribe Simmons children graduated from Loreto Toorak and from Deakin University with a Bachelor of Commerce in Human Resource Management. Melissa Tribe is the co-founder and COO at SixOne, previously was a senior human resources business partner at the National Australia Bank from 2014 to 2019; she had the same job at MLV Australia from 2010 to 2014, Aviva from 2005 to 2010, and was a workforce specialist at Deloitte. 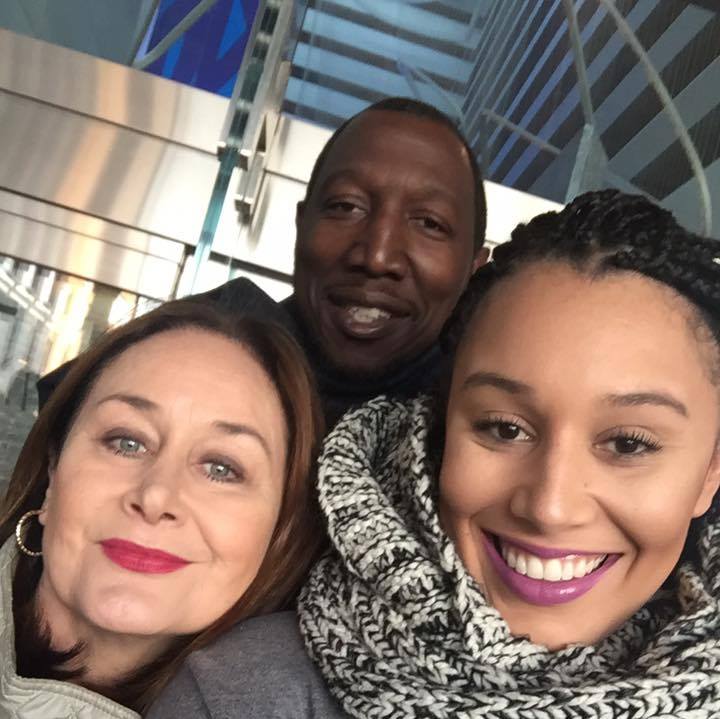 Pretty Olivia Simmons a YouTuber is the brand ambassador for Glaceau. In April 2021, Olivia Simmons accused her half-brother Sean Tribe of abuse when she was three years old; Olivia added that her mother Julie, an abuse survivor, knew about everything.

“I was crying out for help I was silenced,” Olivia wrote on Twitter. In separate tweets, Simmons, who called herself a fearless survivor, wrote, “These are not accusations. This is my truth.” Simmons also claimed she has “medical records” to further prove she was allegedly molested as a child.

“We are deeply saddened by the false allegations made on Twitter by our daughter and sister, Olivia Simmons, against her brother,” read the statement, which allegedly came from the Simmons family. “As a family we are devastated that we even have to release this statement. The allegations she made never happened. Her brother and entire family deny them.”

Sean Tribe, graduated from RMIT University; he is the co-founder of +SixOne in Philly and Ben’s manager. Before that, Sean Tribe was the owner of Small Tribe Agency in Melbourne, national account manager at Pacific Brands from 2011 to 2013, and account manager for Converse from 20098 to 2011.

Ben Simmons’ current Gf is Maya Jama, but before he started dating her we have seen him with several stunning gals, This is the list of girlfriends of Ben Simmons. 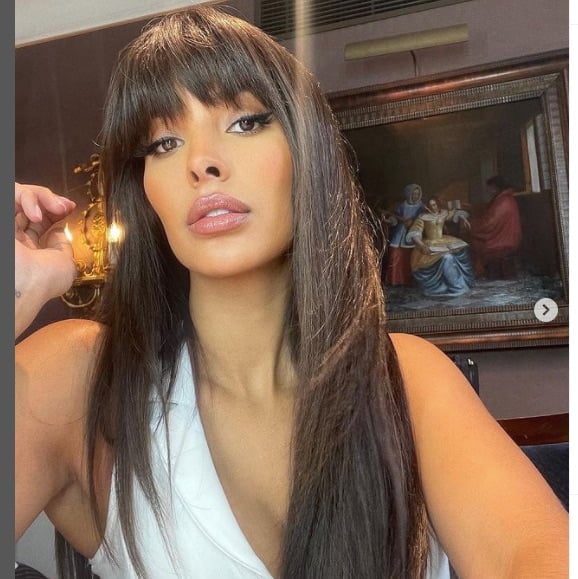 Pretty Maya Jama born Maya Indea Jama on August 14, 1994, in Bristol, England is a radio and television presenter. Maya attended Cotham School, before moving to London to pursue an acting career. She landed her first job as a VJ at JumpOff TV, later on, she worked for Sky UK’s Trace Sports. 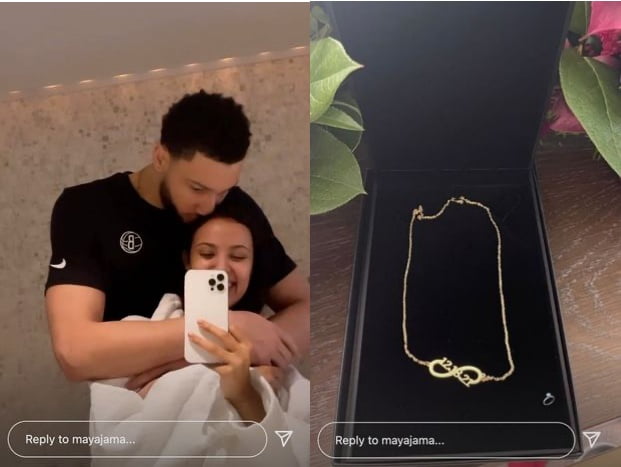 According to her Instagram, Ben Simmons asked her to marry him on December 18, 2021.