Cheryl Esiason is the longtime wife of former NFL QB, Norman Julius Esiason –whom you may know better for his nickname, Boomer Esiason.

Cheryl’s hubby is widely known for his current career as a sports analyst but prior to that Esiason enjoyed a 14-year career in the NFL as a quarterback for the Cincinnati Bengals, New York Jets and Arizona Cardinals.

He became a four-time Pro Bowl quarterback and one of the most successful quarterbacks in NFL history, including being named the NFL’s Most Valuable Player in 1988. Esiason ended his career with 2,969 completions in 5,205 pass attempts (57 percent completion percentage) for 247 touchdowns and 37,920 yards.

In 2002 he joined CBS Sports, he was hired as a studio analyst for “The NFL Today.” In 2007, he debuted as host of WFAN’s national weekday morning radio show, “Boomer and Carton in the Morning.” He also hosted “The Boomer Esiason Show” on Madison Square Garden Network.

He’s practically done it all, but by his side, all those years wife Cheryl, has always been there. 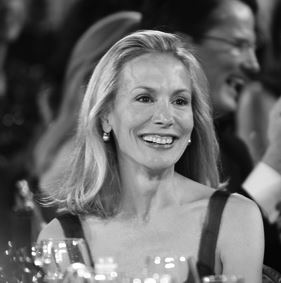 Cheryl Esiason and Boomer have been married for 31-years. The couple tied the knot on May 24, 1986. Since then, Cheryl and her hubby have welcomed two children, Gunnar and Sydney.

Boomer has described his lovely wife as a ‘world class mom.’

Cheryl Esiason has been a dedicated wife and mother, but she’s also dedicated countless hours working for her hubby’s foundation.

Sydney Esiason also attended Boston College and is currently in a relationship with NHL player, Matt Martin. The couple’s gorgeous daughter works as an anchor on Sports Illustrated SI Wire.