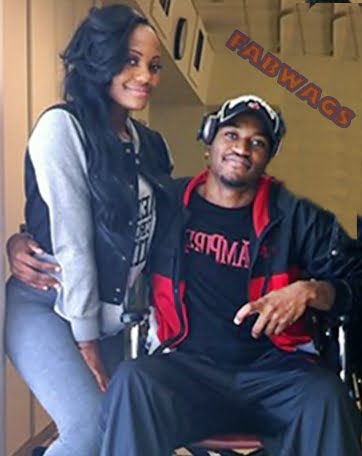 Louisville Cardinals guard player Kevin Ware suffered a horrific injury on March 31st during the Elite Eight game against the Duke Blue Devils, his mom Lisa Junior was not at the game to run to his side when he broke his tibia, but his pretty girlfriend was there, she went on the ambulance with him and stayed at Methodist Hospital of Indianapolis where he underwent  the 4 hour surgery to reinsert his tibia with a rod, but who is Kevin Ware dating? do you know her name? is it Paris Giodarno? nope, Ware’s actual girlfriend is a stunning student at thhe University of Louisville named Brittany Kelly.

By the way, Kevin has three pretty sisters of his own, Khadijah, Brittney and Donna. (photos of Kevin Ware’s family, dad, mom and sisters below). 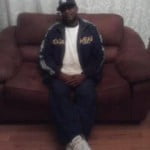 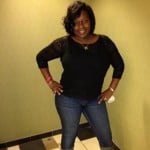 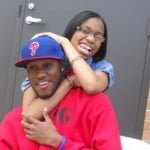 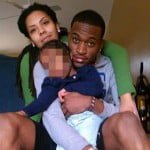 So far no one has reveal the name of Kevin Ware’s girlfriend, as as you can imagine FabWAGs is dying to meet this cute girl, looking at Kevin Ware’s real twitter account we bumped into this girl who might lead us to Ware’s GF, but we can’t be sure, and this is where you come to the rescue.

So first this is the first girl we found at Kevs twitter where he hasn’t use for a while..

On twitter she goes by @_luckei7, her name is Keiosha Chantell and she is a stunner!! 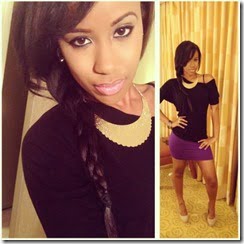 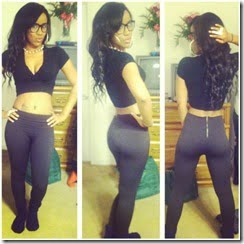 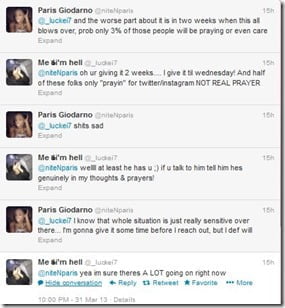 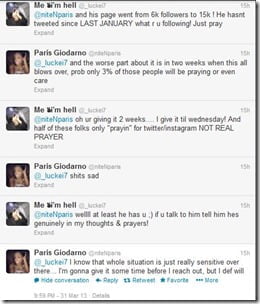 So this @niteNparis is Paris Giodarno, well that’s not her real name, Paris’ real name is P’avielle Walton aka P’avielle “Paris” Walton from Atlanta, GA 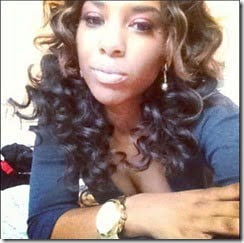 Paris Walton along Morgan Duval are the owners of Diamond Haus LLC a talent agency and service booking in Atlanta.

25-year-old Pavielle Walton was born on October 29, 1987 in Georgia, she studied at Eagle’s Landing High School in McDonough GA, then again we dunno if Kevin Ware is dating this gorgeous gal!! Do you know something?

We recently heard that Kevin Ware is not dating any of these girls, but Brittany Kelly a sophomore at the University of Louisville, who was indeed the girl watching the game from the stands and who coach Pitino said stayed at the hospital with Ware until his mom got there on Monday.

“He’s handling it better than I would’ve expected. When they took the towel off his leg, he asked if he’d be able to play next week before they told him no.” Brittany Kelly said.

Brittany Kelly holds a Major in Biology, a Bachelor of Arts from the University of Louisville.