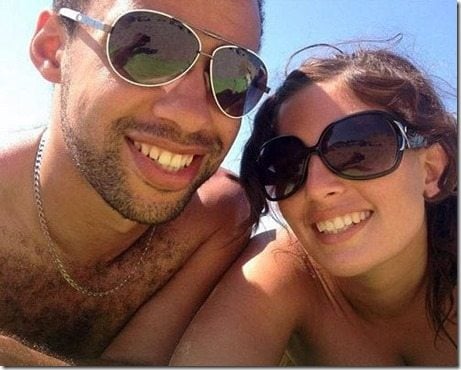 Meet Charlotte Thompson, she was engaged to Rugby player, Anthony Hughes –who unfortunately took his own life only days after the engagement was broken off. Thompson had been dating the player for the past four years, her boyfriend –who was a father of one –had struggle with depression for about nine years before he hanged himself last July.

According to relatives his depression started right about the time he and his child’s mother separated.

Charlotte’s late boyfriend was a winger for Wigan St Pat’s who had played rugby league for England schoolboys and worked as a sports youth development officer – alongside volunteers from the Prince’s Trust. In his job he helped a lot of young people and found it very rewarding.

Speaking at the Bolton inquest of his death, Miss Thompson urged men suffering from depression to seek help and not be ’embarrassed’ by the condition, she said

The became engaged after he proposed to her last November. 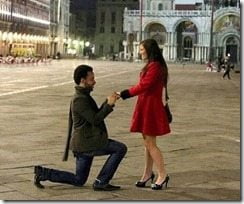 Miss Thompson spoke of the relationship, she said the couple have had problems like any other, she worked through the ups and downs with him, the couple was living together and due to his ongoing depression and last May she decided it was best to move out and have a trial separation.

They kept in contact but after every meeting she says he would be very upset, that’s when she decided to put an end to the relationship for good. During the days following the break up, Hughes who was not taking it well at all, sent her texts that stated he intended to harm himself. She didn’t think he was serious even thought he had tried to killed himself twice in the past; in 2005 he tried to take an overdose and last year he was found by police preparing to jump from a motorway bridge, but was talked down and taken to hospital.

Right when Charlotte thought he finally accepted the relationship was over, he texted her saying he was sorry for everything, on July 10, he called her and said good bye while she was at work, she told him she would call him later, she recalls “I tried to ring him as soon as I could but couldn’t get hold of him.”

Anthony, was found by his mother at his house in Wigan, Greater Manchester.