This lovely lady is Kristin Ballard; wife of Chris Ballard, former football coach and the current general manager for the Indianapolis Colts. Prior to joining the Colts in 2017, Ballard was the Director of Football Operation for the Kansas City Chiefs.

Kristin Ballard’s husband a graduate and former football player at the University of Wisconsin, started coaching at Texas A&M-Kingsville in 1994; five years later they named him the defensive coordinator and secondary coach.

In 2001, joined the Bears as their Southwest Area Scout, eventually in 2012 promoted to Director of pro scouting. He joined the Kansas City Chiefs as their Director of Player Personnel in 2013, later named Director of Football Operation.

The Colts hired him as their new General Manager after the 2016 NFL Playoffs.

As noted above Chris’ exquisite wife is Kristin; Mrs. Ballard formerly known as Kristin Louise Ciborowski. She was born on April 11, 1975, in Yoakum, Texas, where she attended Yoakum High School.

Kristin graduated with a business administration degree from Texas A&M where she also was a four-letter winner in basketball. In addition to that, Mrs. Ballard was a member of the track & Field and Javelina Squad. Texas A&M inducted her into the Javelina Hall of Fame in 2005.

Mrs. Ballard works for TAP Pharmaceuticals, as their Senior Sales Representatives. Along with her husband, Kristin is the proud momma of five incredible children; Kierstyn, Rainn, Sunnie, Cash and Cole. They adopted Sunnie and Rainn, ages 10 and 8, respectively in 2012. 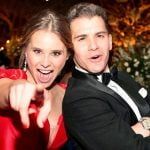 Isabela Gallego This lovely girl is Isabela Gallego; she is the gorgeous girlfriend of Mexican … END_OF_DOCUMENT_TOKEN_TO_BE_REPLACED 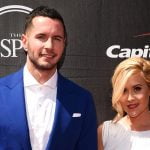