Yes, Cooper Rush is happily married. Meet the lovely Lauryn Rush! She is the drop-dead gorgeous wife of NFL player Cooper Rush, one of the talented quarterbacks currently signed by the Dallas Cowboys and who is set to take the starting QBplace after Dak Prescott underwent surgery on his right thumb and is expected to miss 6-8 weeks.

Cooper Rush is one of the children born to Frances Rush and Matthew Rush, proud parents of Cooper’s younger brothers Dillon and Owen Rush and big brother Michael. 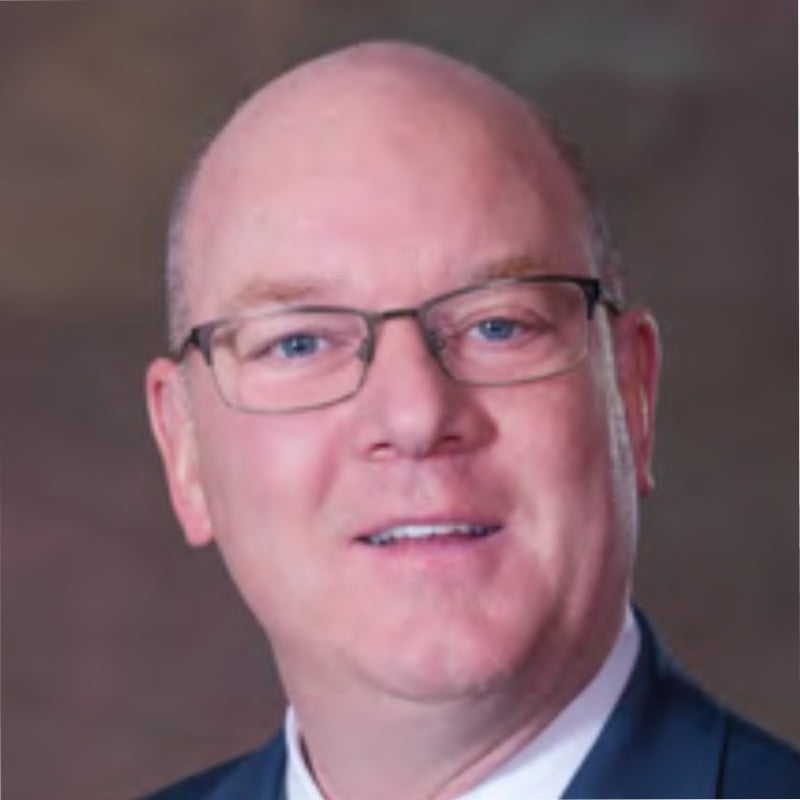 Matt Rush, was born in Midland, Michigan, on February 18, 1959,  and is the son of Tom Rush, an orthopedic surgeon. Mr. Rush, a Notre Dame (BS in Pre-Science, class of 1981), graduated and played infield in college. Matthew Rush also holds a master’s in business administration from the University of Chicago; he is the president at Sparrow Eaton Hospital in Charlotte, Michigan; before that, he was COO at Bedford Regional Medical Center. 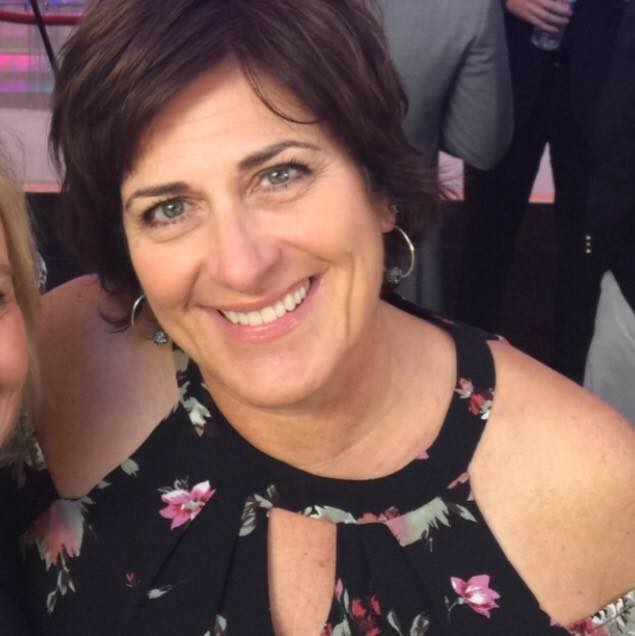 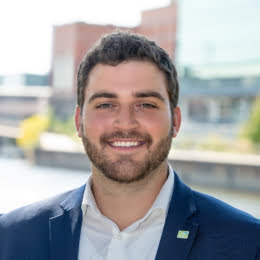 As noted, Cooper has one older brother named Michael and two younger brothers, Dillon Thomas Rush (b. 1995), who graduated with a degree in psychology from the University of Michigan in 2017; he is the  Tri-County Development & Placemaking Manager at LEAP. Dillon Rush founded the main street organization and launched CharlotteRising. Before CharlotteRising, Dillon was project coordination and community development intern at Hayes Green Beach Memorial Hospital. 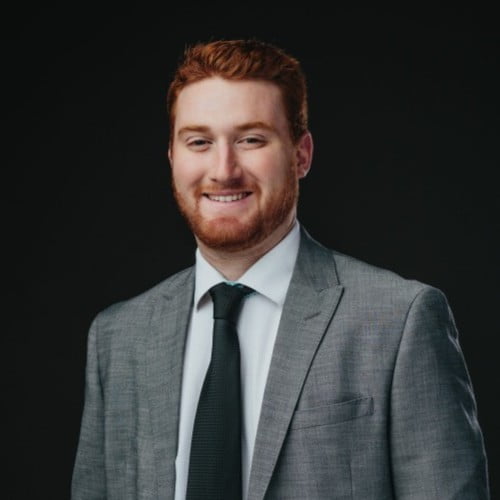 Owen Michael Rush (b. 1998) graduated with a finance degree from Grand Valley State University, where he was a member of the Men’s Golf Team. Owen is an Investment Advisor at Walsh Advisors in Grand Rapids, Michigan.

Before joining Walsh Advisors in June 2021, Owen Rush was a financial representative at Northwestern Mutual, an independent bank wealth management intern at the Independent Bank in 2021, a financial advisory and marketing intern at Eaton Community Bank in 2019, and an accounting and finance intern at Michigan State University Federal Credit Union in 2018-19. 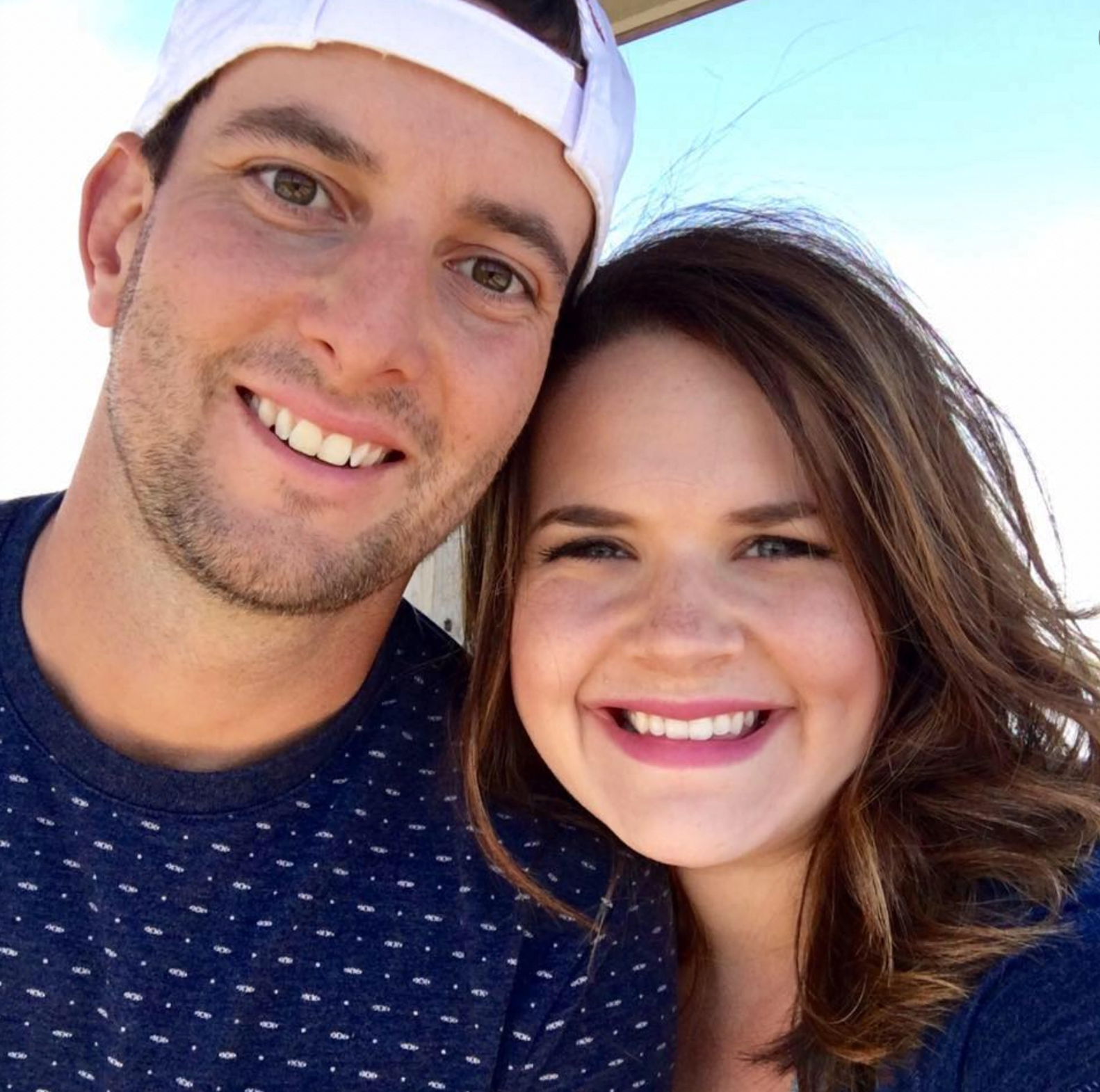 Michael Matthew Rush, Cooper’s elder brother, is married to his wife, Allie. Michael graduated in 2010 with a Bachelor of Business Administration from Sam Houston State University; Michael, a professional golfer, is the founder of Platform Sports, Golf Interact, and SwingThought.

Before that, he was a Demo Day Sales Representative at Callaway Golf.

Cooper Rush signed a two-year, $1.95 million contract with the Dallas Cowboys; he earns an annual salary of $977,500.

Cooper Rush’s wife is Lauryn Rush; the couple got married on June 20, 2021, at the Holy Family Church in Chicago, Il. Lauryn and Cooper met in college but started dating after they graduated and became engaged on July 6, 2019.

BOTH COOPER AND I WENT TO CENTRAL MICHIGAN UNIVERSITY, HOWEVER I GRADUATED A COUPLE YEARS BEFORE COOPER DID. WE KNEW OF EACH OTHER IN COLLEGE BUT CRAZY ENOUGH NEVER ACTUALLY MET DESPITE FINDING OUT HOW WE WERE OFTEN IN THE SAME PLACE AT THE SAME TIME.! STILL TO THIS TO DAY WE LOVE TO LAUGH ABOUT THAT.

WE OFFICIALLY MET AFTER WE BOTH GRADUATED THROUGH SOCIAL MEDIA, LIKE ALL US MILLENNIAL’S DO NOWADAYS. GUESS WHO MADE THE FIRST MOVE….. WE MET IN CHICAGO FOR WHAT COOPER BELIEVES WAS THE GREATEST FIRST DATE OF ALL TIME. WE WENT TO A LEBRON JAMES LED CAVALIERS VS BULLS BASKETBALL GAME. AND THE REST WAS HISTORY!

COOPER MOVED DOWN TO DALLAS AND I WAS WORKING IN DOWNTOWN CHICAGO, BUT WE STAYED IN CONTACT AND CONTINUED TO GROW CLOSER AND CLOSER DESPITE THE DISTANCE (YES, DISTANCE REALLY DOES MAKE THE HEART GROW FONDER!).

WHEN THE TIME WAS RIGHT AND ALL THE STARS ALIGNED, I MOVED DOWN TO DALLAS, TEXAS TO BE WITH COOPER AND TO TAKE OUR RELATIONSHIP FURTHER. WE BOTH AGREE IT WAS THE BEST DECISION OF OUR LIVES. SINCE THEN WE HAVE BLOSSOMED INTO THE COUPLE WE ARE NOW TODAY AND I COULDN’T BE MORE THANKFUL FOR MARK ZUCKERBERG AND FACEBOOK FOR CONNECTING THE TWO OF US! 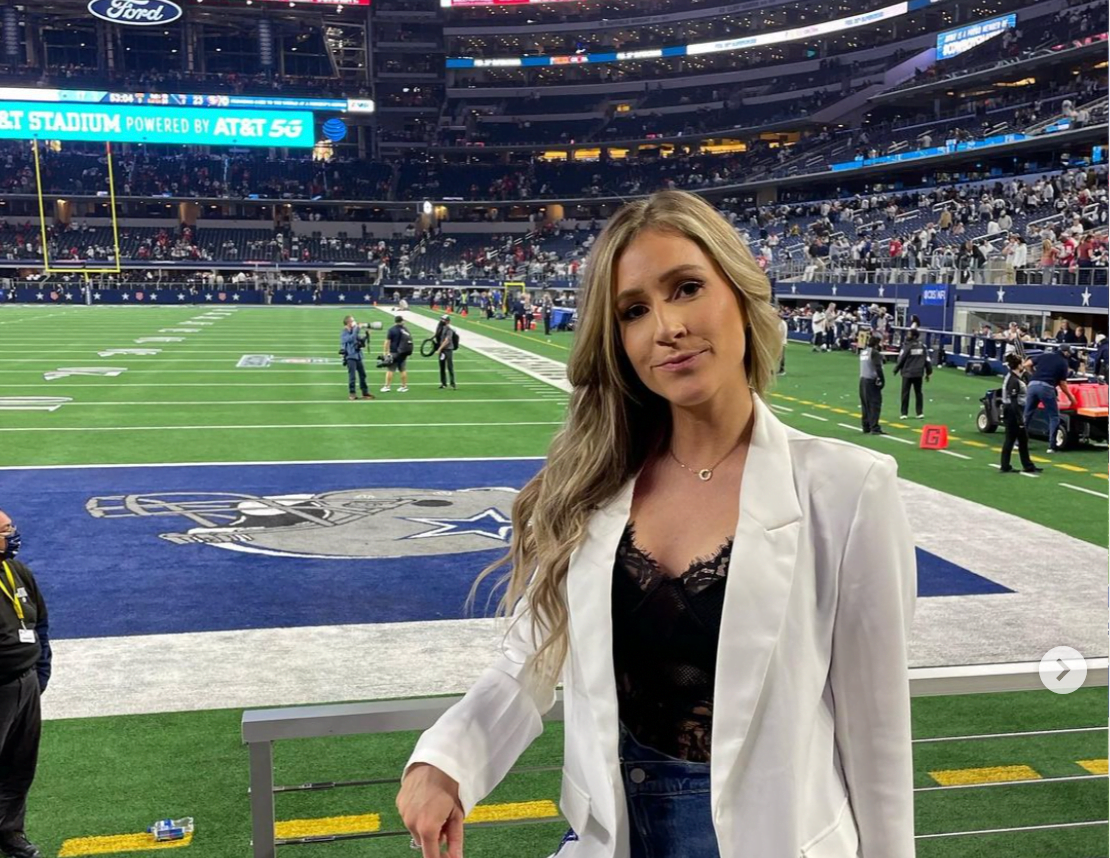 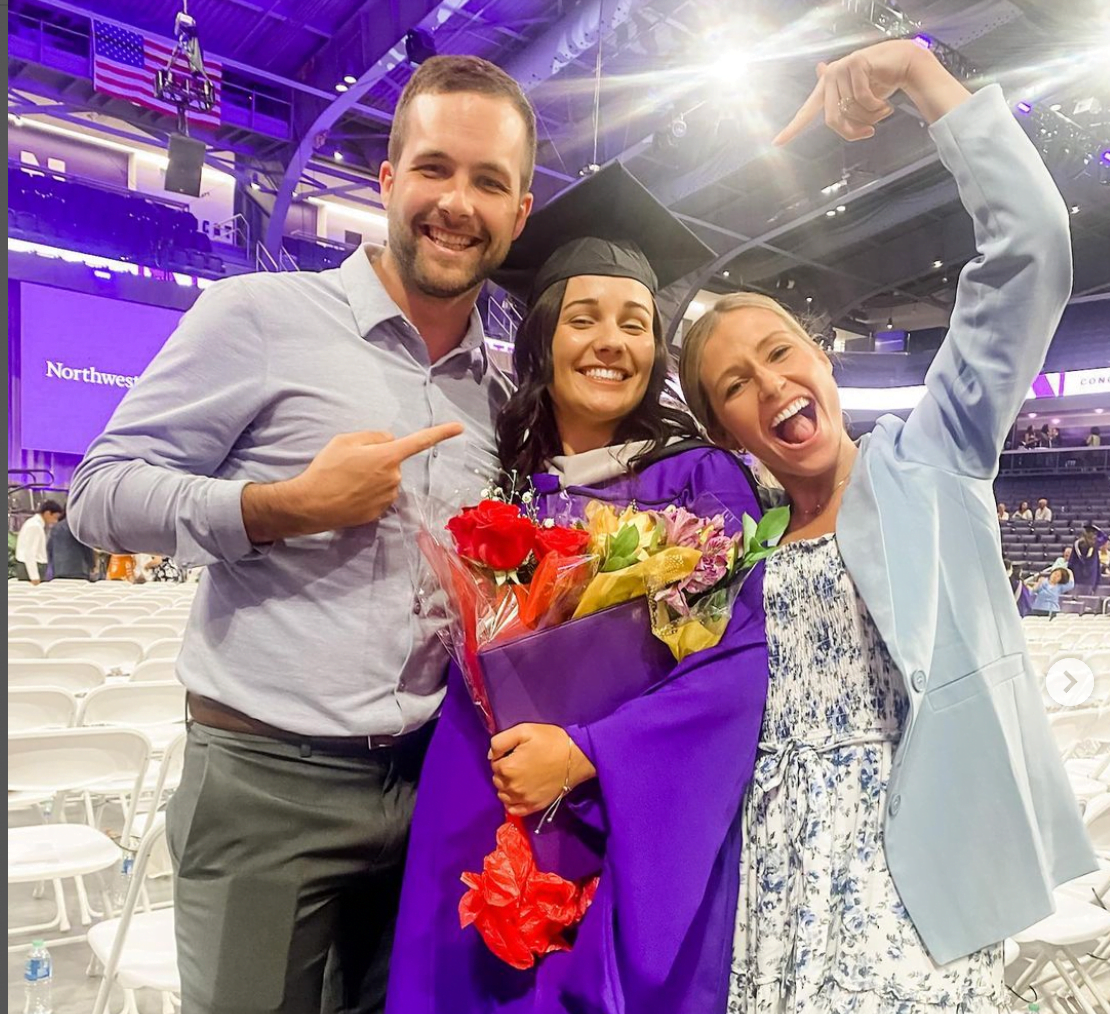 Lauryn’s brother Joe graduated in 2016 with a Bachelor’s of Applied Arts and Cinematic Arts from Central Michigan University; Joe Marchert, nowadays a new media producer for the Detroit Lions, previously served as a video production assistant for the Kansas City Chiefs from 2016 to 2017 and  ESPN3 video production assistant at Chippewa Sports Network from 2015 to 2016.

Her sister Erin graduated in 2020 with a bachelor’s degree in Linguistics, Communications Science and Disorders from Michigan State University, and in June 2022 received her master’s degree in speech therapy from Northwestern University; Erin Marchert is a speech-language pathologist from Providence Hospital Southfield.

Lauryn Rush, an Account Executive at Gartner and Holistic Health Coach at Simple yet Healthy Meals, graduated in 2014 with a Bachelor of Applied Science from Central Michigan University.  Before joining Gartner in July 2018, Lauryn was the US Ad Sales Associate at Bloomberg in Chicago; in 2015 was an Administrative Assistant at Turner, Brand Ambassador at the Greenhouse Agency, and Event Coordinator/ Executive Assistant at Tailored Events from May 2014 to December 2015. 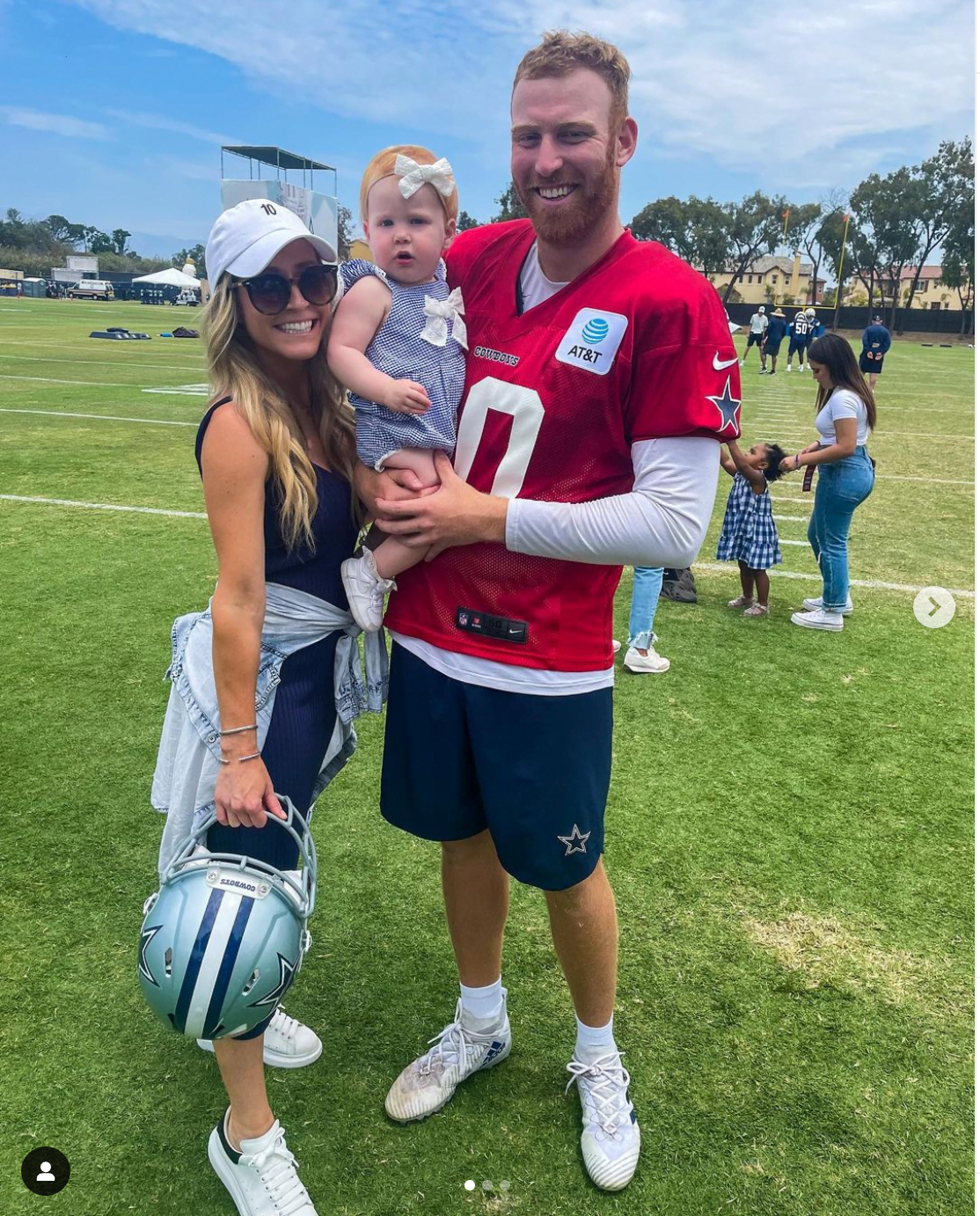 Lauryn and Cooper Rush welcomed their beautiful daughter Ayla Patricia Rush on April 24, 2021. You can find Lauryn Rush on Instagram.