Cynthia Lemon is the wife of legendary Meadowlark Lemon, a.k.a the ”clown prince” of basketball’s Harlem Globetrotters. We are sorry to inform, her husband of 21-years has passed. Recent reports indicate, Lemon died on December 27, at the age of 83. The death was confirmed by his wife, Cynthia Lemon.

He was inducted into both the Naismith Basketball Hall of Fame and the International Clown Hall of Fame.

Though skilled enough to play professionally, Cynthia’s husband became a natural entertainer. According to several biographies, his dream of playing for the Globetrotters hatched after watching a newsreel of the all-black team at a cinema house when he was 11.

Lemon ended up becoming arguably the team’s most popular player, a showman known as much for his confetti-in-the-water-bucket routine and slapstick comedy as his half-court hook shots and no-look, behind-the-back passes, Yahoo Sports reports.

Lemon played for the Globetrotters during the team’s heyday from the mid-1950s to the late-1970s. Lemon spent 24 years with the Globetrotters, doing tours through the racially torn South in the 1950s until he left in 1979 to start his own team.

His success as a professional athlete gave him the platform later to appear in movies, including ”The Fish That Saved Pittsburgh,” numerous talk shows and even a stint in the cartoon ”Scooby Doo,” with Scatman Crothers doing his voice.

Lemon spent the last years of his life trying to spread a message of faith. He became an ordained minister in 1986 and was a motivational speaker, touring the country to meet with children at basketball camps and youth prisons. 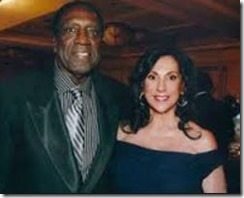 Dr. Cynthia Lemon married Meadow in 1994. She became his second wife after his first marriage to Willye, ended in divorce. According to Wikipedia, he was the father of 10 children: Richard, George, Beverly, Donna, Robin, Jonathan, Jamison, Angela, Crystal and Caleb.

We send our condolences to Cynthia Lemon and the rest of Meadowlark’s family and friends.