Laura Govan is the former partner of basketball player Gilbert Arenas. The former couple who has four children together has had a rocky relationship and things, well, are not getting any better.

According to TMZ, Laura Govan could take legal action after Gilbert let their 8-year-old son, Alijah on the front of a Polaris Slingshot and driving at around 15 MPH. Now Laura Govan says Arenas is a reckless parent.

Gilbert told TMZ, he got an email from Laura’s people saying they were going to try and take custody away from him. Laura Govan has primary physical custody.

Laura Govan met Gilbert Arenas while he was playing for the Warriors. At the time, she worked with the Sacramento Kings‘ public relations department. The former point guard for the Orlando Magic and Memphis Grizzlies, and Laura Govan broke up last year, after over 10-years together.
Born September 21, 1979. She is described as a TV Personality, having appeared in Basketball Wives LA. She is also a partner at Adorned ‘N Style –an Accessory Boutique.

Laura Govan is the mother of a daughter born in 2005 and a son in 2007.They had another daughter in 2009 and a second son in 2011. They were engaged to be married in 2008 after Arenas proposed with a $1 million engagement ring. 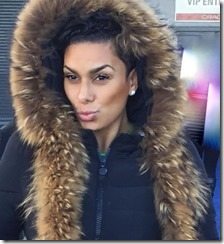 36-year-old Laura Govan sued Arenas, 33, back in March claiming he breached an oral contract to support her financially.

In her filing, Laura said she was a 21-year-old college student studying sports psychology and working part time for the Warriors in Oakland, Calif., when she began dating Arenas and became pregnant with a child she miscarried. For 10-years she was his constant companion, confidant and homemaker and the mother of his kids.

Last October, the former NBA All-Star also sued Govan in Los Angeles, claiming she caused several websites to publish “false accusations” that he infected her with sexually transmitted diseases as part of a revenge ruse, the complaint obtained by the Daily News.

If there was any doubt of a reconciliation, is long gone now. Any thoughts?