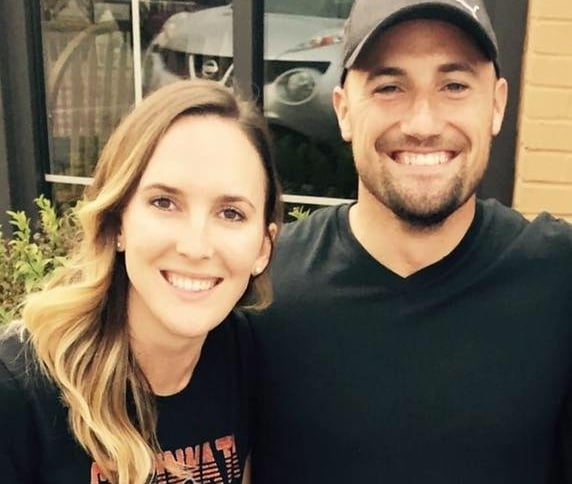 Meet Danielle Burkhead, formerly known as Danielle Wiggans; she is the beautiful wife of Rex Burkhead, the NFL running back for the New England Patriots. He played for the Cincinnati Bengals and college football at the University of Nebraska, prior to being drafted by the Bengals in 2013.

5’10” Rex was born in Lexington, Kentucky, and raised in Dallas Fort Worth, TX. He attended Plano High School and subsequently studied at the University of Nebraska. The Bengals selected him in the 6th round (190th overall pick) in the 2013 NFL Draft.

After four seasons in Cincinnati, Burkhead left and signed with the New England Patriots on March 14, 2017. Having said that, are you ready to meet Rex Burkhead’s better half?

Pretty Danielle Burkhead was born Danielle M. Wiggans on September 16, 1991, in Plano, Texas.  She graduated in 2013, with a Bachelor’s degree in communications and a minor in Human Resources from Texas A&M.

Danielle did an internship at the East-West Ministries International in 2012; the following year was a Human Resources Intern at Utility Fleet Sales. Nowadays, Mrs. Burkhead is an Account Coordinator at Dunham+Company.

Rex and Danielle started dating in their teenage years; they tied the knot on February 22, 2014, in Plano, Texas. You can follow her on Twitter here.