Have you met Anissa Evans? She is the gorgeous girlfriend of Deandre Ayton, the 7’1″ power forward Bahamian player for the Arizona Wildcats at the University of Arizona in Tucson. Before college, Ayton played high school basketball at Hillcrest Prep and Balboa City in San Diego, California. DeAndre Ayton was the first overall selection drafted by the Phoenix Suns during the 2018 NBA draft.

No doubt you don’t want to read about DeAndre, therefore check out what we can tell you about his lovely gal. 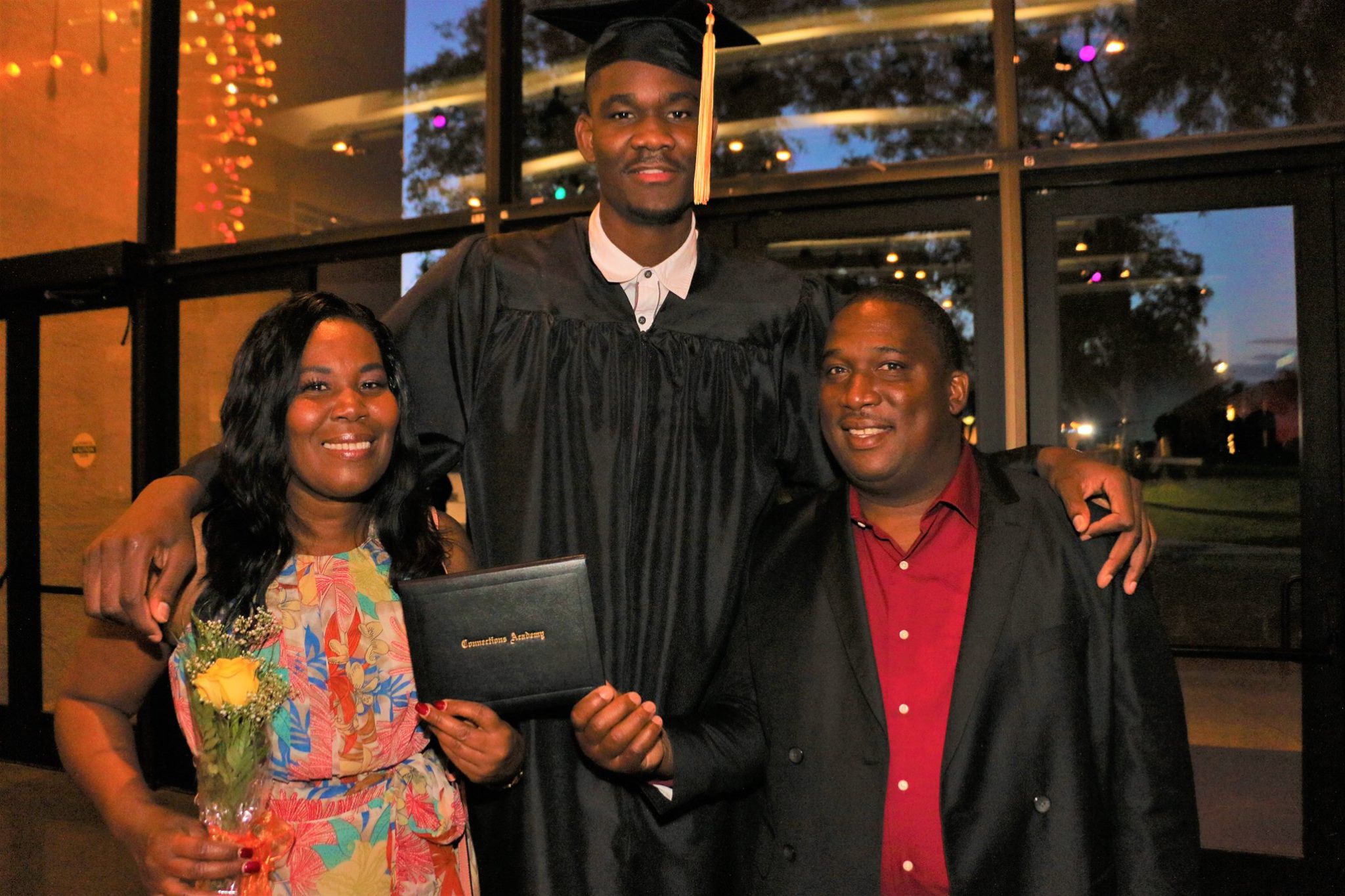 Deandre Ayton is one of the children born to Nigerian/Jamaican/Bahamian parents; his biological father is Nigerian, while his beautiful momma Andrea Chambers Aytoncomes from a Jamaican/ Bahamian heritage. Andrea married Alvin Ayton, DeAndre’s step-father, who worked as a plumber when he and his four siblings were kids.  DeAndre’s siblings are sisters Tiann, Serenity, brother Horace,

Alvin let DeAndre and his other children joined him for work; they would help out and get paid $20 a day for their work. Andrea notice her son’s interest in basketball early on, so thanks to their  Seventh-day Adventist Church, Deandre was able to join a basketball league.

By the time Ayton was 12, he was standing at 6’5, the boy could dunk and people were noticing him; among those were basketball coaches. Andrea and Alvin moved Deandre to San Diego where he attended Balboa City School; unfortunately, Balboa didn’t have a basketball program.

Deandre Ayton initially attended school in Nassau, and he later attended Balboa City School in San Diego before transferring to Phoenix Hillcrest Prep. Ayton was a top recruit, received offers from Kentucky, Arizona, and Kansas; in the end, he committed to play with the Arizona Wildcats at the University of Arizona on September 6, 2016.

Deandre’s debut as a Wildcats came against the Nor4thern Arizona Wildcats on November 10, 2017. He averaged 20.1 points, 11.6 rebounds, 1.6 assists in 35 games during the 2017-18 season; Deandre announced he was declaring to the draft, forgoing his last three years of collegiate eligibility after that season.

A wiretapped conversation revealed Sean Miller and Dawkins talking about paying Ayton $100K for his commitment to Arizona; later on, the conversation was revealed regarding another player instead, clearing Ayton from the whole thing.

Deandre Ayton was the first overall selection drafted by the Phoenix Suns on June 21, 2018; Ayton joined the 2018 NBA Summer League on July 1, signed his rookie contract with the Suns on July 5th, made his Summer League debut on July 6th against the Dallas Mavericks,  recording 10 points, and 8 rebounds.

Ayton’s NBA debut in the regular season came on October 17, 2018; once against the Dallas Mavericks, he recorded 18 points and 10 rebounds, 1 block, 1 steal.

“Puma is pretty popular in the Bahamas,” Ayton said. “I’ve always seen the brand growing up. [Bolt] is one of the first people I saw with the brand. It’s important to me that someone I identify with and admire as an athlete is with the same brand.” 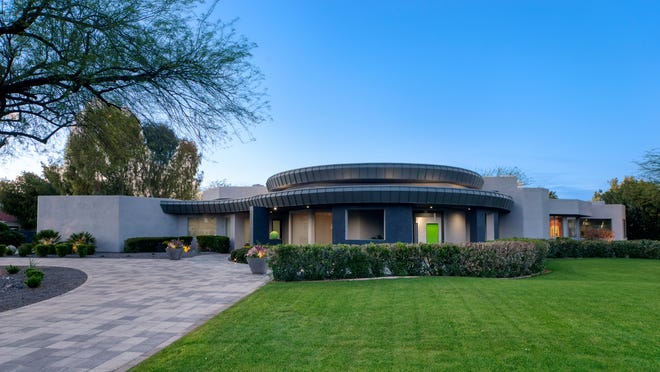 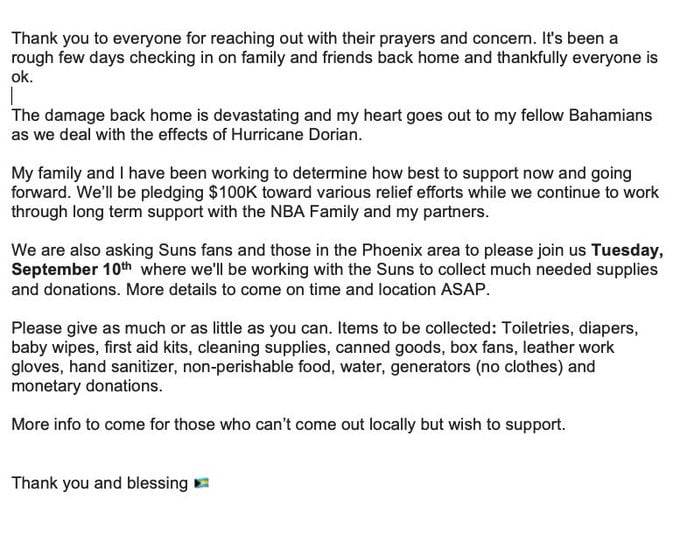 In May 2020, Deandre Ayton joined a local Phoenix restaurant Ocean 44, feeding the Talking Stick Resort employees during the COVID-19 Pandemic.

“I’m happy to support Ocean 44, one of my favorite restaurants while sending a small token of appreciation to all the staff who are taking care of the arena until we can get back on the court,” Ayton said in a press release. 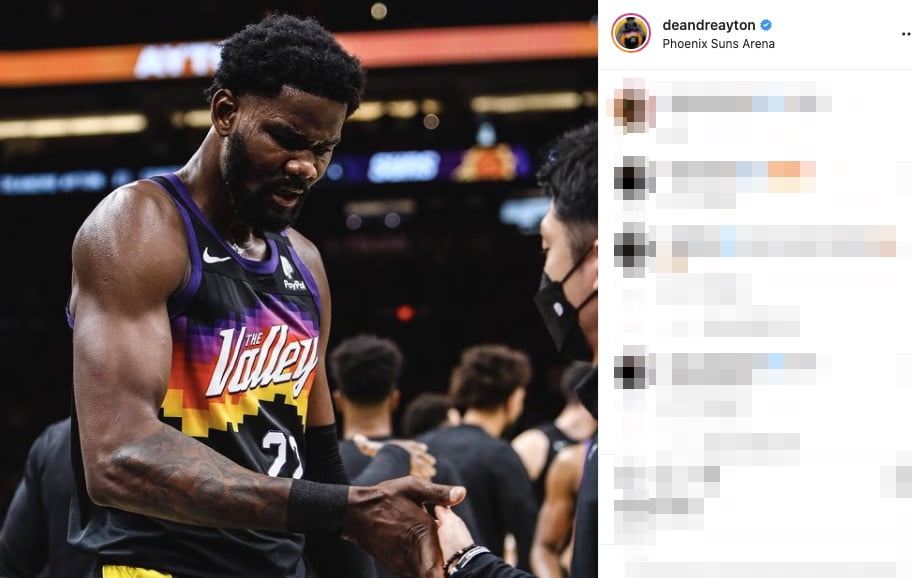 Deandre Ayton and Phoenix Suns fan can get their hands into his #22 jersey at the Suns’ Store, NBA store, Fanatics.com. Sales start at $49.99 for the women’s jersey and go up to $139.99 for Deandre’s replica jersey. 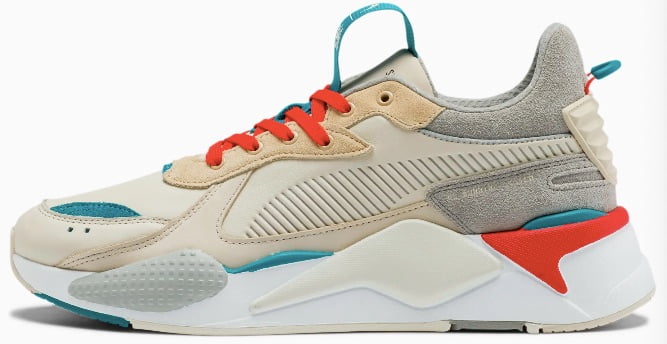 “X marks extreme. Exaggerated. Remixed. RS-X DEANDRE brings the heat with the signature bulky design and fresh material mixes on the upper. Reimagining the iconic RS-X silhouette with a printed sockliner and bold colorways inspired by the Bahamian shoreline, this kick offers up a piece of home for Phoenix Center, DeAndre Ayton.”

“Customized these to pay homage to some of the incredible, talented and influential women in my life. Big ups to @kattycustoms you did that! Appreciate your art and bringing my vision to reality.” 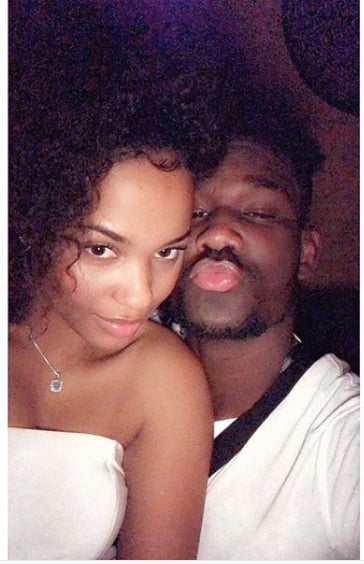 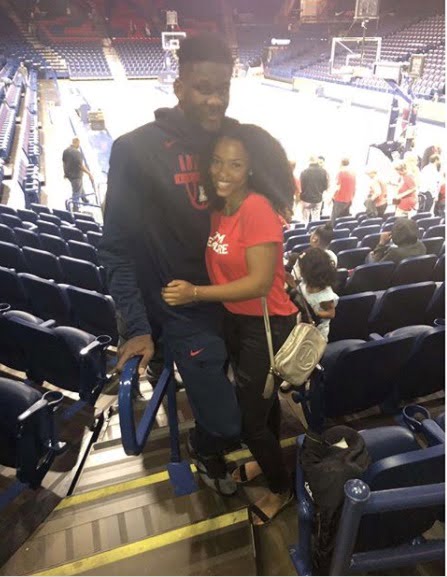 Pretty Anissa Evans, like her beau, was born in Nassau, Bahamas; she is one of the children born to Andrae and Melissa Evans, happily married since June 28, 1997. Her dad is the owner of Bananas Sleep Solution in the Bahamas; he graduated from the University of Miami and the Art Institute of Ft. Lauderdale. 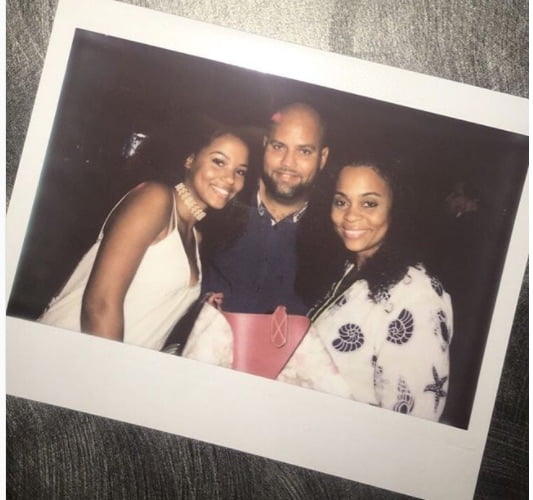 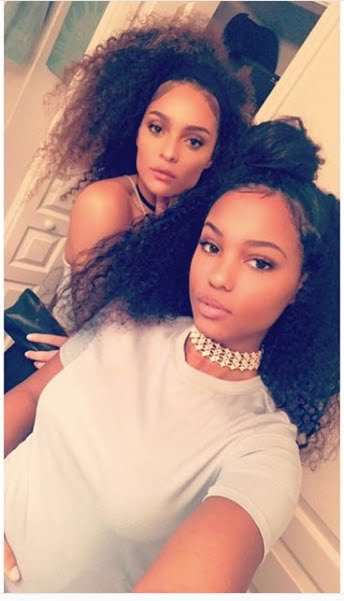 “Just trying to figure out the schedule” is his biggest challenge so far he says. “Waking up at 3 a.m. and going back to sleep for another two hours, just getting the hang of that, but I have a team at home that really helps me out with that. My girl holds it down for me and make sure I get enough rest for these games.”

So My Girl, he said, that is Anissa Evans!