Frida Munoz welcomed a daughter Frida Sofia with  Edgar Guzman, one of the sons of El Chapo Guzman; who was shot and killed in May 2008 in the parking lot of a mall in Culiacan, Mexico. At that time, Frida identified Guzman’s body.

Frida spoke to media about her ex-father in law, with whom she said has no relationship whatsoever, although Edgar’s mom, who she referred to as her daughter’s grandmother keeps in touch with her child.

Frida also said she and her little Frida Sofia are ecstatic about the family they now have with Julio Cesar Chavez Jr. who her daughter already sees as the father figure in her life.

“I’m really happy with the family we have, he is my daughter’s father, you could say; she sees him as her dad.” 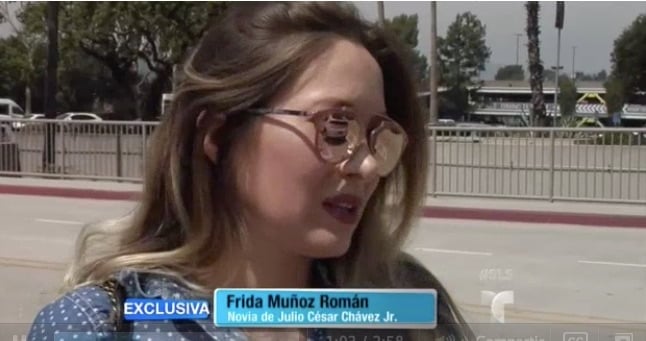 29-year-old Frida Munoz Roman (b. July 26, 1987) also from Sinaloa, Culiacan; or California according to her youngest daughter’s birth certificate; studied business administration.  In addition to her eldest daughter, Frida had one child with the 6’1″ boxer. Their adorable daughter, Julia Chavez was born on December 12, 2014. 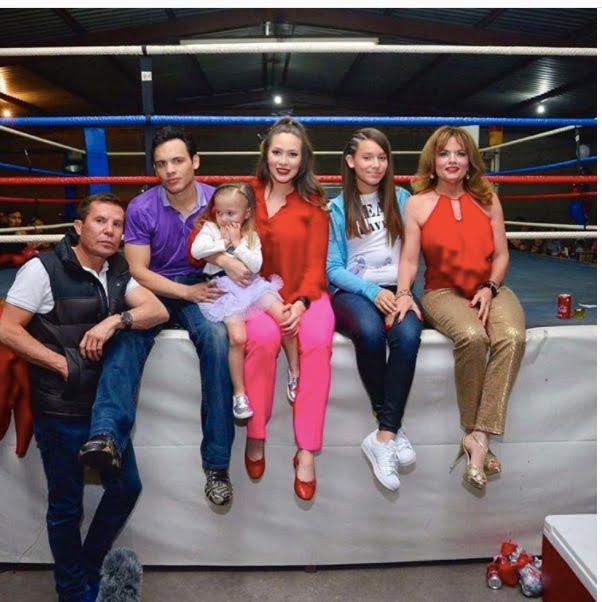 Furthermore, Chavez Jr;  was born on February 16, 1986,  in Culiacan, Sinaloa, Mexico. He one of two sons born to Amalia Carrasco and Julio Cesar Chavez. His brother Omar Alonzo Chavez is also a boxer.