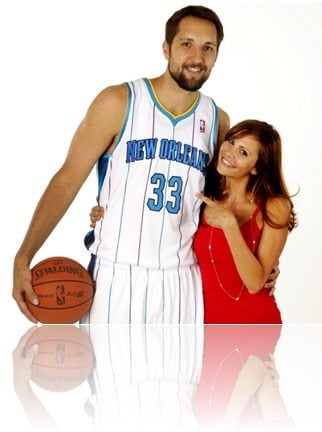 NBA player with New Orleans Pelican Ryan Anderson is standing by his girlfriend’s side, Gia Alleman the reality star beauty who we saw in the Bachelor and the Bachelor Pad was rushed to the hospital in critical condition, on life support.

“Gia Allemand was taken to University Hospital, New Orleans last night following a serious emergency medical event,. “On behalf of the family, we kindly ask for privacy at this time,” her rep said.

Gia  attempted to take her own life on Monday night, leading to critical loss of brain and organ function, it is believed she hanged herself at her home in New Orleans and that it was Ryan who found her and called 911.

“While in her residency in New Orleans on Monday night, Ms. Allemand was found by her boyfriend, NBA Basketball Player Ryan Anderson, following an apparent suicide attempt,”

“Mr. Anderson contacted 911 and emergency medical crews were immediately dispatched to the scene. Tuesday, Ms. Allemand remained in the hospital unconscious in critical condition and on life support.

“Due to a critical loss of brain and organ function, life support was withdrawn today. As a practicing Christian, Gia did receive the sacrament of last rites,”

Gia died on August 14th, 2014 with  her mom, friends and boyfriend were by her side.

25-year-old Ryan Anderson the power forward from Sacramento, CA has been playing with the New Orleans  Pelicans formerly known as the New Orleans Hornets since last July; he has also been dating Gia Allemand for quite some time.