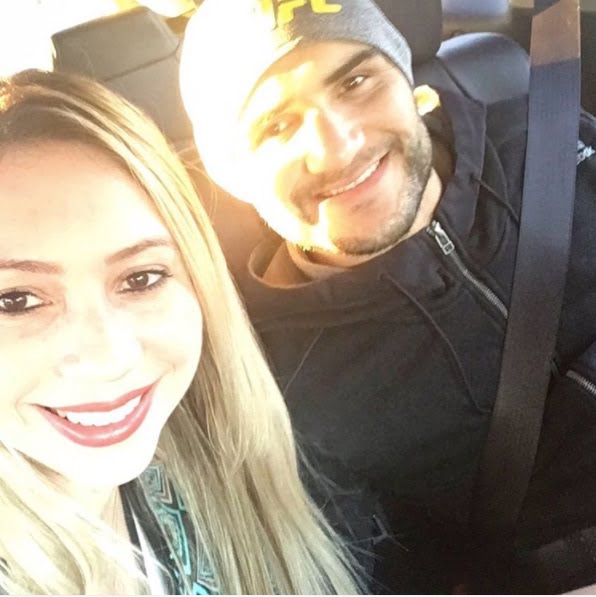 Jacklyne Andrioli Lineker, the pretty MMA Wag and wife of Brazilian Mixed Martial Arts fighter John Lineker aka Hand of Stone. Mrs. Lineker, can be seen at almost every of  her hubby’s fights.

5’3″ Lineker born and raised in Paranagua, Brazil where he started his MMA career. He was 18 when he made his professional debut at Paranagua Fight 2 where he defeated Mauricio Alves by TKO on September 5, 2008.

Surely that all happened prior to his contract with the UFC around March or April, 2011. In effect, Lineker made his debut at UFC on Fox: Diaz vs. Miller on May 5, 2012, when he unfortunately lost to Louis Gaudinot by Technical submission in the second round.

Luckily, his next UFC fight was far more interesting; he defeated Yasushiro Urushitani by unanimous decision at UFC on Fuel TV: Franklin vs. Le in November, 2012.

We did tell you John Lineker is happily married, right?

There is not much about info about his pretty wife, but we have 5 interesting facts about Jacklyn Lineker that you might want to know.

Regardless of their situation; either adopted or born from a previous relationship, all four of their children are their most precious possession.

Read more about her here