Check out gorgeous Emily Snider aka Emily Snider Blake; she is Mrs. James Blake and mother of his one-year-old baby girl. The couple wedded in November 2012, just a few months after the birth or their daughter. Emily who is a publicist looked stunning as usual; the couple dated for four years before tying the knot. Keep reading to find out more. 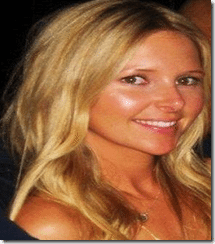 Her mother is Kathy Snider, Emily has one brother named Jason Snider. She moved from Milwaukee where she served in media relations and for the Milwaukee Brewers.

According to Crimson Marketing and Public Relations (CMPR) page, Emily who works with the publicist firm is a special event manager. On her profile, it says Snider serves as VP of National Accounts for CMPR and has been with the company since the opening of the San Diego office in August 2005. Among Snider’s major accounts are Sugar Ray Leonard, ESPN, and Mark Burnett Productions.

She has been working in the media her whole life; prior to joining CMPR she worked in the field with the Sports department at FOX 6 San Diego, her duties included overseeing contestant screenings and appearances and managed the floor on tape days. Her resume also includes time spent in Development and Acquisitions with FOX SPORTS NET. She created for them program announcements for new shows and events. 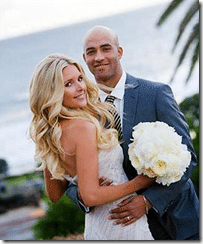 The sunset ceremony took place at the beachfront L’ Auberge Del Mar hotel with the bride, 37, donning an Ines DiSanto gown, Emily looked gorgeous with her wavy, flowing blonde locks, and Blake, as always, looked dashing in a Hugo Boss suit. They dated for four years, their little daughter Riley Elizabeth was born in June 2012 and accompanied the couple during their special day. She was seen heading down the aisle with the bride’s mother.

Her hubby plans to spend more time with her and their one-year-old baby girl and then perhaps will move on to TV commentator which is something we are sure Emily knows a one or two tips! The great good looking couple, we wish Blake and his family the very best!