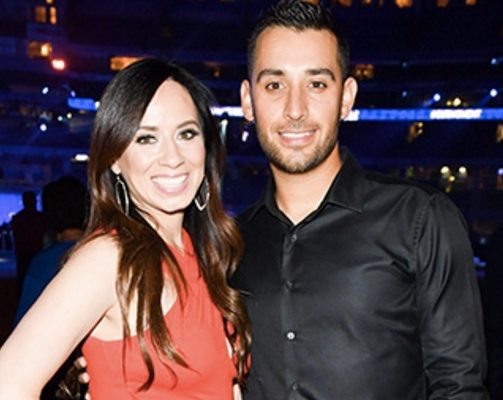 Take a look at Janai Estrada, this exquisite MLB Wag is the gorgeous wife of Marco Estrada. He is the Mexican MLB pitcher for the Toronto Blue Jays.

Janai’s stud was born on July 5, 1983 in Sonora, Mexico. He was five when he moved to the US with his mom Sylvia. He graduated from Sylmar High school in Cali and then attended Glendale community college and Long Beach State University.

The Washington Nationals selected him in the 6th round (174th overall) in the 2005 MLB Draft. After being drafted, he played a couple of years with minor league teams prior to making his MLB debut on August 19, 2008.

The Milwaukee Brewers claimed off waivers of Estrada on February 3, 2010, he played his first game with the Brewers on May 18, 2010 against the Cincinnati Reds.

The Toronto Blue Jays traded Adam Lind to Milwaukee in exchanged for Marco on November 1, 2014. With that off the table, shall we get to the info we have on his pretty lady Janai?

Mrs. Estrada like her famous husband was too is from Mexico. In 2000, then 17-year-old Janai Paula a junior in high school met Marco at her cousin’s house. In 2006, they eloped to Las Vegas and only told their parents. Money was not enough to start a family.

Marco a minor league player was coming out of an injury and she worked at digital cinema, life as husband and wife would have to wait a little longer, a sacrifice she was willing to make for the man she loves, who studied while she worked.

Her sacrifice, didn’t go unnoticed and Marco gives her and his mom Sylvia for putting him in the place he is today.

“She was the other reason why I was able to get to college, she worked hard to help pay for the apartment we stayed in,” Estrada said. “She would drive all the way to the valley (to work). God bless her.”

About his mom, he said..

“My mom basically said you have to play sports, you have to do something,” Estrada said. “She said, ‘I don’t care what it is, you’re not coming home from school and not doing anything.’ She knew what she was doing. She knew what I was raised around and she didn’t expect me to fall into the wrong hands. It’s a good thing she felt that way.

“Raising me, being a single parent, no siblings. Just her and I. She worked very hard just to be able to pay for the spikes I wore and the glove that I wore. ” Estrada said. “She just retired. I was finally able to say to her, you don’t have to work anymore. All the way since we moved to the United States when I was 5 or so, until this year, she worked. And finally she retired.

“She was always working, which sucked in a way.” Estrada said, meaning that he didn’t get to see his mom as much as he wanted. “But she’s my mom. The one and only.”

Finally in 2010, right before the Milwaukee Brewers picked him up off waivers, they got married again, this time a big ceremony surrounded by their families and closest friends.

Janai Estrada gave birth to their first child that same year. They named their daughter Brooklyn, a few years later they welcomed their son Blake. 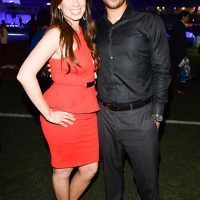 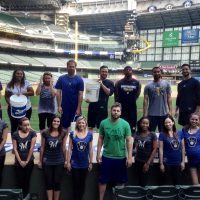 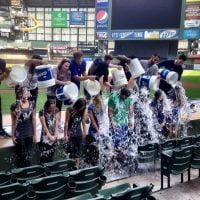 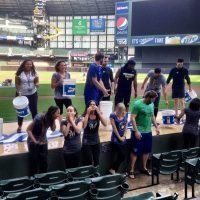 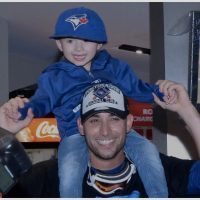 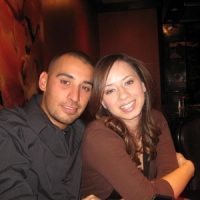