Check out Tamara Lorenzen; she is the ex-wife of former NFL player Jared Lorenzen. Known as Hefty Lefty, Lorenzen played most of his career with the New York Giants; the team with whom he won the Super Bowl XLII.

After the Giants released him in June 2008, Lorenzen joined the Indianapolis Colts, but they waived him during the final cuts of the roster.

Subsequently, played for the Kentucky Horseman, until the team dissolved after they went bankrupt in October 2009.

Jared worked as the quarterback coach for the Highlands High School his alma mater in Fort Thomas, Kentucky. He later was the general manager for the Northern Kentucky River Monsters as well as commissioner of the UIFL in 2012.

Prior to the NFL, Lorenzen played college football with the Kentucky Wildcats football team at the University of Kentucky until he signed with the Giants in 2004.

Lorenzen dated the former Tamara Tabar since high school before they said I Do. Tamara Michelle Lorenzen of Fort Thomas was working on her degree at a university in Kentucky when she found out she was pregnant. Their daughter Taylar was born in July 2002. They also had one son Tayden born in 2009.

Both of their children play baseball at school.

It is unknown why or when Jared and Tamara Lorenzen divorced; this 2014 ESPN article referred to Tamara as the ex-wife; she is today dating or maybe married to a fine man named Mart Arnzen.

Tamara holds a bachelor of science in business administration and management from Northern Kentucky University, in addition to that, she is a registered nurse with a degree as a family nurse practitioner from Indiana Wesleyan University.

Tamara, was the owner of John Phillips Restaurant from 2008 to 2013; she was an oncology nurse at St. Elizabeth Healthcare and a nurse navigator at the OHN (Oncology Hematology Care). Subsequently, in 2016 worked as a nurse educator for Merck and nowadays, she is an oncology sales specialist for AstraZeneca. 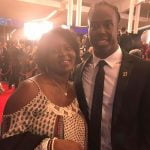 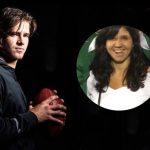 Holly Herbert Meet Mrs. Holly Herbert! She is the beautiful and beloved mother of football … END_OF_DOCUMENT_TOKEN_TO_BE_REPLACED 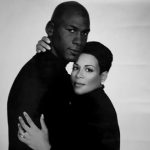