Irmarie Marquez is the pretty wife of Javier Baez, the talented Puerto Rican infielder with the Detroit Tigers. Baez played high school baseball at Arlington Country Day School prior to being drafted by the Chicago Cubs, he also played with the New York Mets.

Irmarie’s MLB beau was born on December 1, 1992, in Bayamon, Puerto Rico to Ángel Luis Baez and Nelida Agosto, also proud parents of Rolando, Gadiel, and Noely who sadly passed away in 2015 due to complications from spina bifida.

Baez attended Arlington Country Day School where he first played as a second baseman, then as a catcher, shortstop, and eventually shifted to the centerfielder.

According to Wealthy Gorilla, as of October 2021, Javier Baez’s net worth had been estimated at $10 million; however that number could change significantly following his multi-million deal with the Detroit Lions.

Javier Baez and his wife Irmarie Marquez dated for over five years before they got marriedon January 26, 2018, in San Juan, Puerto Rico. 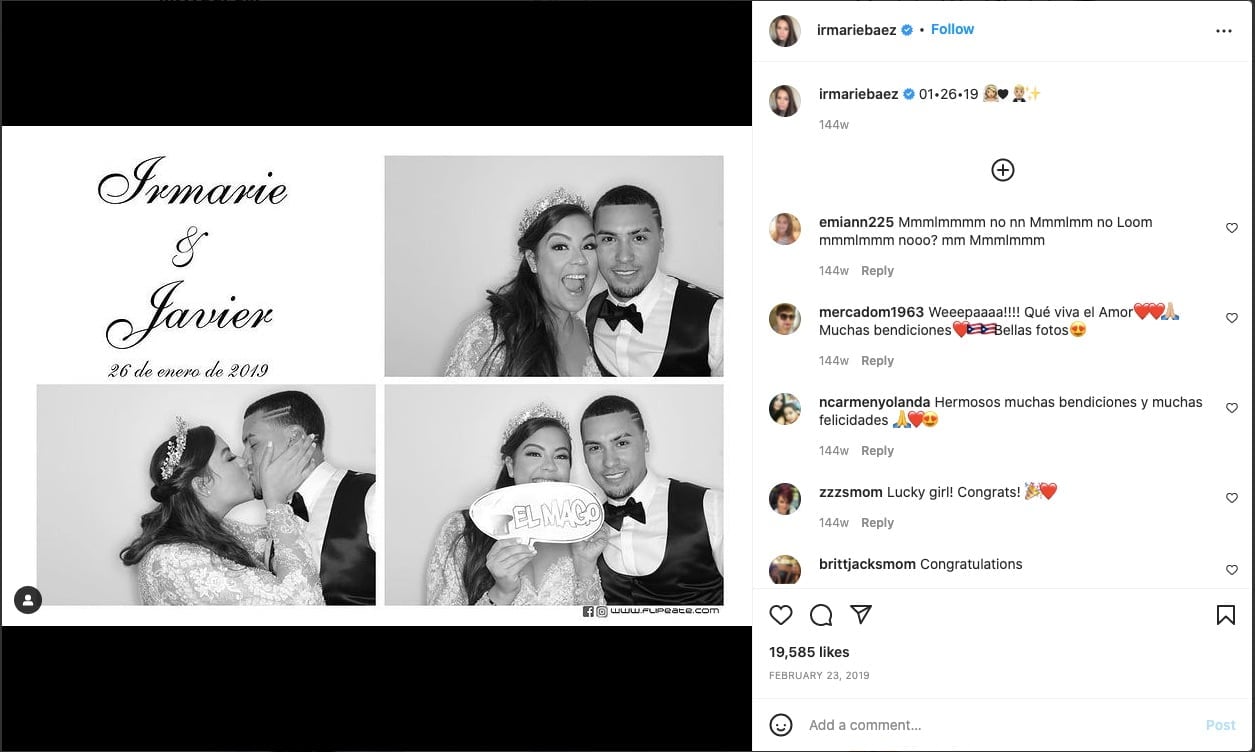 27-year-old Ms. Marquez was born in Bayamon, Puerto Rico, one of the daughters born to Roberto Márquez Marrero and Julia Ortiz. Her full name is Irmarie Julitza Marquez, she has one sister Jannieliz Márquez, who is married to Jose Berrios aka La Makina, a pitcher currently playing for the Toronto Blue Jays.

This lovely girl with the incredible smile met Javier Baez when she was 13, while they attended middle school in Puerto Rico.

They saw each other again in 2013 when Javier spent some time in Puerto Rico, there were sparks everywhere and to keep it short they started dating right after that.

Long-distance relationship? No way!! Next thing you know Irmarie moved in with him in Chicago. Moving was not a big deal, although there was just one tiny problem, she hardly spoke English.

Nothing some classes couldn’t fix, she still struggles, slowly but surely she is getting there.

Irmarie Marquez, was received with open arms by the other Chicago Cubs WAGs. Cubs Wags (Irmanie included) brought toys, diapers, and other supplies for the children at The Maryville Center for Children in Chicago. The lovely couple announced they were expecting their first child, a son together in January 2018; subsequently, in April, Baez announced he proposed and she said yes! 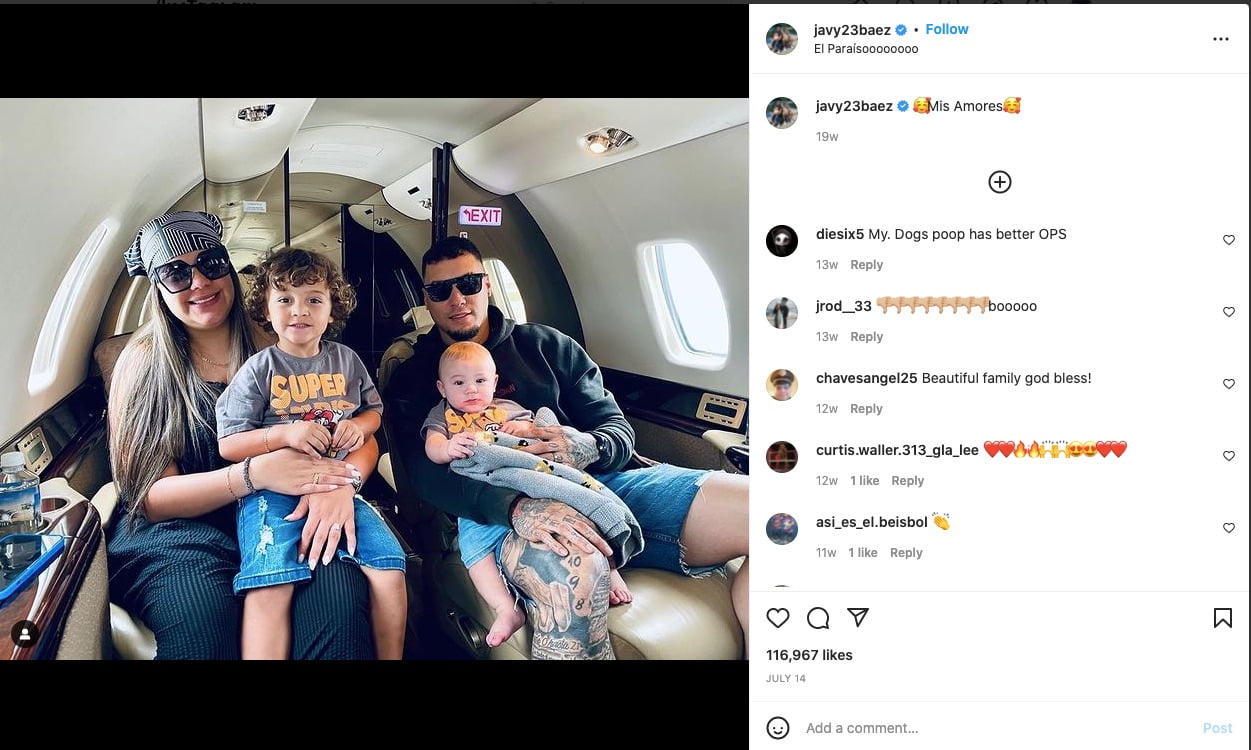