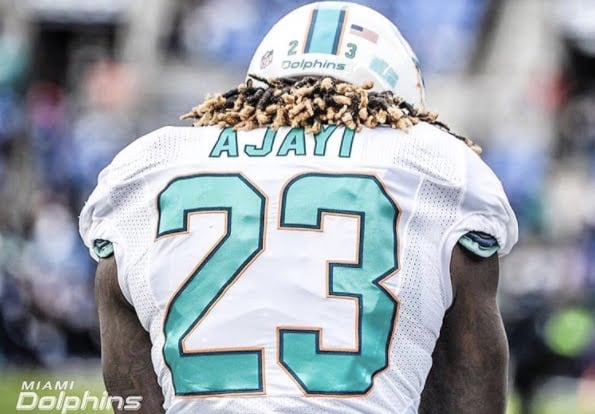 Jay Ajayi is indeed the ground force behind the Miami Dolphins; prior to the NFL, the 6’0″ Nigerian/ English running back played college football at Boise State. Having said that we wonder if a fine young man like Jay Ajayi has a girlfriend? wife maybe?

The son of Nigerian parents was born on June 15, 1993, in London, England; he was seven years-old when his family relocated to Maryland, before settling in Texas, where Jay attended at Frisco Libert High School.

The Miami Dolphins selected him in the fifth round, 149th overall in the 2015 NFL Draft.; made his debut against the Buffalo Bills on November 8, 2015.

As noted, Jay is an impressive athlete, but is he dating anyone or is he married? No and no, Ajayi is not married and doesn’t seem to be dating anyone right now; his number one girl is his beautiful mother Kemi Ajayi!!