Meet Mrs. Marie Okudah; she was the wonderful, beautiful and beloved mother of college football player Jeff Okudah. Jeff is the 6’1″ cornerback who played for the Ohio State Buckeyes, prior to declaring to the Draft.

Mrs. Marie Okudah, born Marie Chinyeaka Okudah in 1964; we believe she was one of the children born to Marie Julia Simonelli, 72, of Parsippany, New Jersey.

Jeff’s sister is a youth counselor at Destinations for Teens in Woodlands, Cali;  she holds a degree in community health from Texas A&M University and social psychology degree from Lancaster University.

Before joining Destinations for Teens, Karen Okubah was a resident advisor at Texas A&M and a community health intern for Telehealth Counseling Clinic at Texas A&M.

She also was a Perinatal and Women’s Health Researcher Intern for RootMama; she also worked for the Boy & Girls Club of America as a Youth Development Specialist and a Medical Assistant for Integrity Home Health Care Services in Grand Prairie, Texas.

Jeff’s high school and college career have been outstanding; he started playing at South Grand Prairie High School in Texas before committing to Ohio State in 2017. That year was bittersweet for Jeff, he committed to play for a great team under the direction of the great Urban Mayer, but that year his beloved mother, Marie Okudah went to be with the Lord.

Marie Okudah, fought bravely with Lymphoma; Marie initially received her cancer diagnosis when Jeff was just a toddler; as expected the treatment took their toll on Marie, luckily, Jane Obodo, their aunt was there, she took Jeff to his games and stayed to watch him play.

Marie Okudah was proud of her son, even though she thought football was a bit too violent for her taste. Mrs. Okudah, who came from a Nigerian heritage, preferred soccer and rooted for the Nigerian National Team.

Jeff wrote a beautiful heartfelt letter to his mother on the Players Tribute in January 2020.

I’m going to start by telling you something you already know: I miss you.

Now I’m going to tell you something nobody’s known until right at this moment: I’m officially declaring for the NFL draft.

I’m 20 years old, if you can believe it — which means it’s been almost three full years since the two most important things in my life happened. First, in January of 2017, I enrolled early at Ohio State University. And then second, later that same month, you lost your long battle with lymphoma.

Read the rest of this entry here. 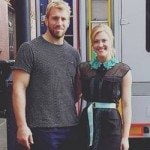 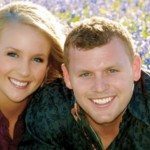 \ We girls love to watch these FC Barcelona soccer players, but men deserve to enjoy looking at … END_OF_DOCUMENT_TOKEN_TO_BE_REPLACED