This pretty gal is Val Garcia; she is the stunning girlfriend of football linebacker Kenneth Murray, who prior to declaring to the NFL Draft, he played for the Sooners at the University of Oklahoma.

According to an article on NFL, Kenneth’s parents took  Lenny, James, and Nyia when their mother who had special needs of her own wasn’t able to continue to care for her children.

Kenneth attended Elkins High School in Missouri, before committing to the University of Oklahoma. 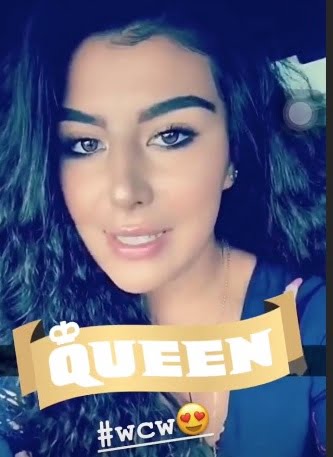 There isn’t much out there about Kenneth Murray’s drop-dead gorgeous girlfriend, Val Garcia; so far we know that she was born Valentina Garcia in Baltimore, Maryland.

Vall attended Hereford High School and is nowadays attending the University of Maryland.