Meet Mrs. Lachelle Jacobs! She is the beautiful and amazing mother of NFL player Josh Jacobs the 5’10 running back currently playing for the Las Vegas Raiders, who played college football for Nick Saban at the University of Alabama.

Josh Jacobs graduated from McLain High School in Tulsa, Oklahoma, prior to committing to play for the Alabama Crimson Tide in March 2016. He recorded 5,372 yards and 56 touchdowns.

During his freshman year, Jacobs rushed 85 times for 567 yards and four touchdowns, plus 14 receptions and 156 rushing yards. He was selected as the SEC Freshman of the Week, one of the UA coaching staff’s offensive players of the week, and special teams player of the week.

Joah rushed 120 times for 640 yards, 11 touchdowns, 20 receptions, 247 rushing yards, and three rushing touchdowns in 15 games in his junior year. His coaches selected awarded him special teams player of the week honors and picked him the Most Valuable Player of the SEC Championship Game.

On April 29, 2019, the Oakland Raiders selected Josh Jacobs in the first round (24th overall) during the 2019 NFL draft. He signed his rookie contract with the Raiders on July 9, 2019; Jacobs made his debut against the Denver Broncos on Week 1.

According to online records, Josh Jacobs has a net worth estimated at $3.5 million. In addition to his NFL salary, Josh Jacobs earns around $500,000 in endorsement deals. 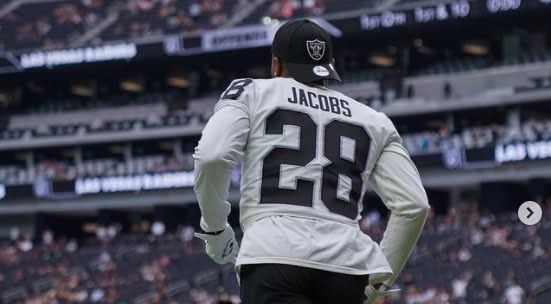 If you are interested in more Josh Jacobs merch, head out to the iamjoshjacobs, for some sweet sweaters, tees, masks, and gift cards. 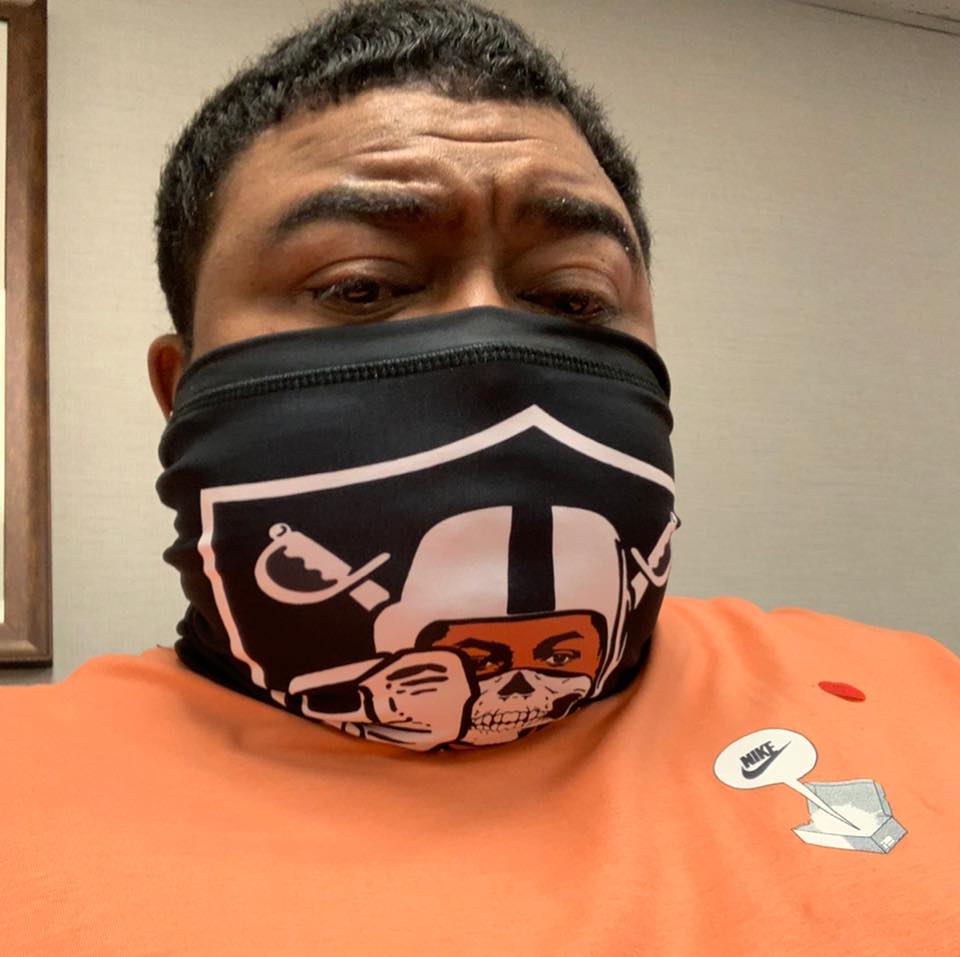 50-year-old Marty Lee Jacobs was born on May 18, 1971, in Oklahoma. Mart and his ex-wife Lachelle had four children together; he also had a child Christopher from a previous relationship.

After he and Lachelle divorced, Marty got custody of his children, but things were far from easy, from bouncing from one hotel to another to living inside his car with his children, not sleeping, and having his gun handy.

“If it was just me, I’m cool; I can hang at a buddy’s house,” Marty said. “But some of my buddies did some things I didn’t want my kids around. I had to tell Josh, ‘We’re going to do some things.’ ”

Marty worked several jobs, including one an oil and gas company, getting his kids’ things ready for school, sports equipment, and doing everything he could to have an everyday life.

“I understood what was going on, but I didn’t think it was as bad as it really was,” Josh said. “I guess I kind of normalized everything.”

“If I look back as a teenager, I would have never imagined this for my children,” Marty said. “But it could have been worse. I could have been one of those fathers that left. But I didn’t. I could have done some things that made it easier. But I can’t raise them behind a wall, you know what I’m saying?”

Marty Jacobs was able to get a house for him and the children when Josh reached high school. And Josh gifted his father with a house a year after signing with the Raiders.

“I remember seeing him not sleep,” Jacobs told NFL Network’s Jeffri Chadiha ahead of the draft about his father. “It’s crazy because I didn’t notice that I was sleeping in a car. I was just thinking that I was falling asleep and waking up. I didn’t think anything about it because I felt safe. He would just drive around until he found a place to sleep and then I’d get up the next day and go to school.” 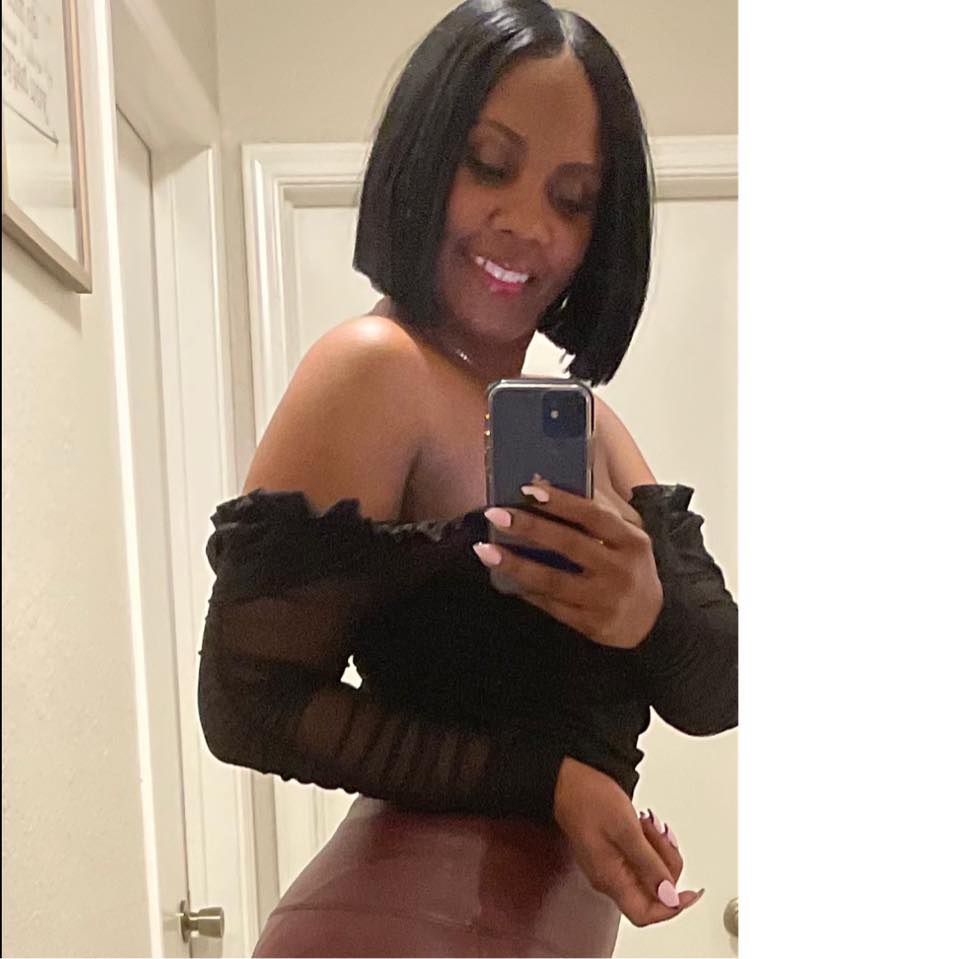 43-year-old Lachelle Jacobs was born Lachelle Anntionette Bell on February 20, 1978. She divorced Marty Jacobs when Josh was nine. Lachelle, who was at Jacobs’s signing day, expressed how overwhelmed she was.

“I’m just overwhelmed and excited for his future,” his mom said. “He’s paving the way for a lot of young African-American males, and boys in general, but definitely from our community, so it’s exciting for him because he’s so humble.”

Lachelle Jacobs lives in Tulsa, Oklahoma; she is a lead L&T coordinator at Alamo Car rental. 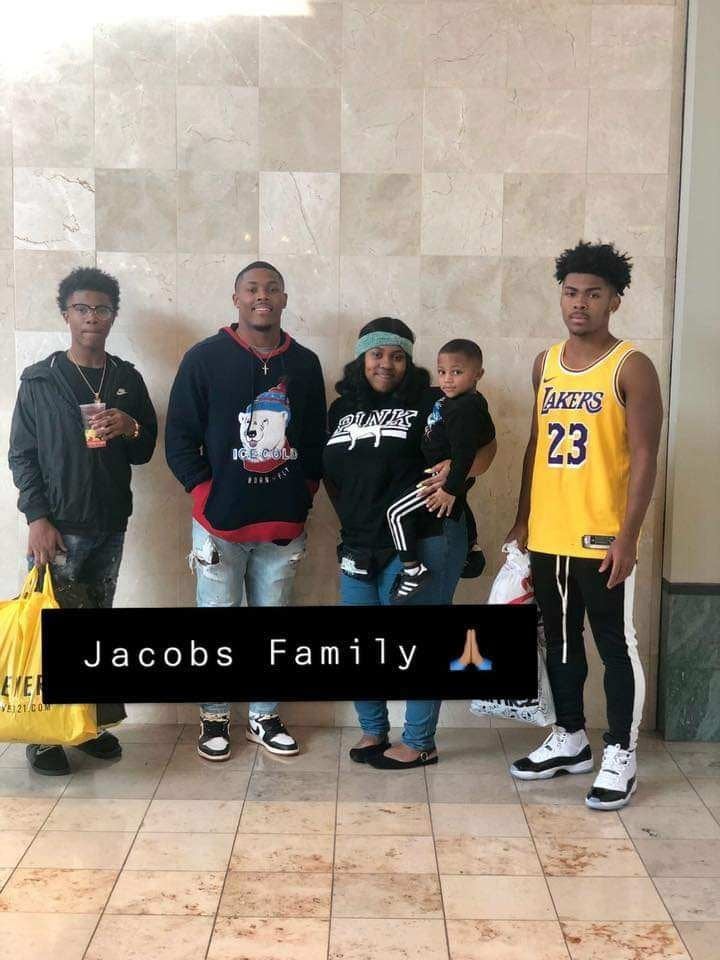 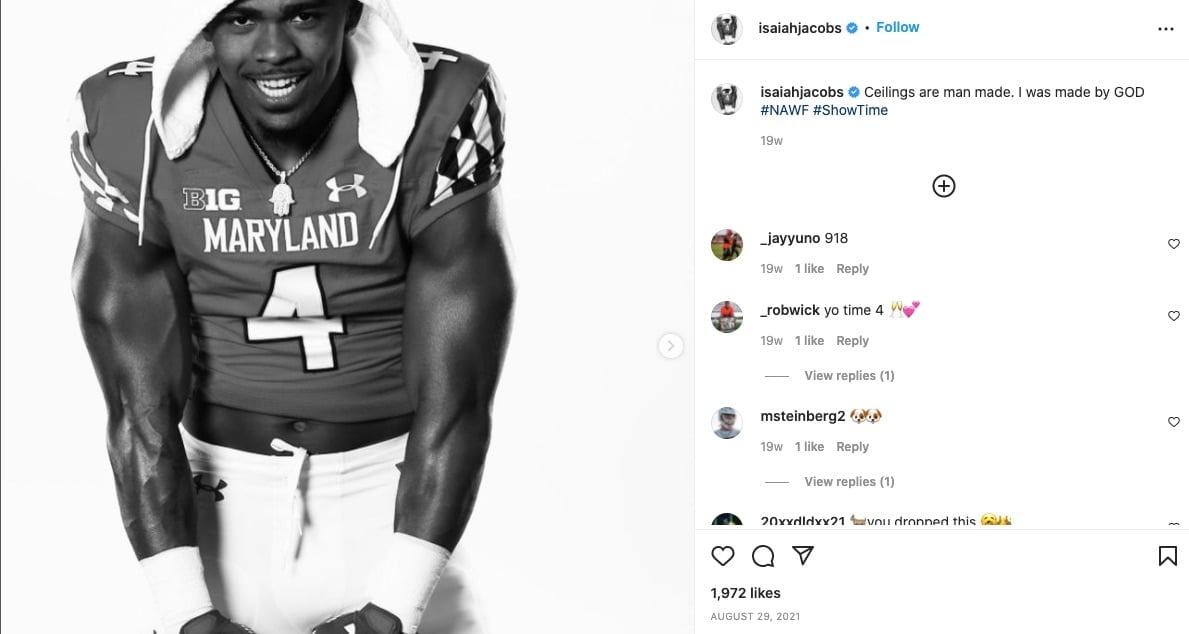 5’11 Isaiah Jacobs is a running back at the University of Maryland; he previously played at Owasso High School, where his younger brother Marty Jacobs Jr. plays football.

Josh Jacobs doesn’t have a wife; he isn’t married and hasn’t been either. Back in high school, he dated Joy Gentry, a cheerleader at McLain High School. 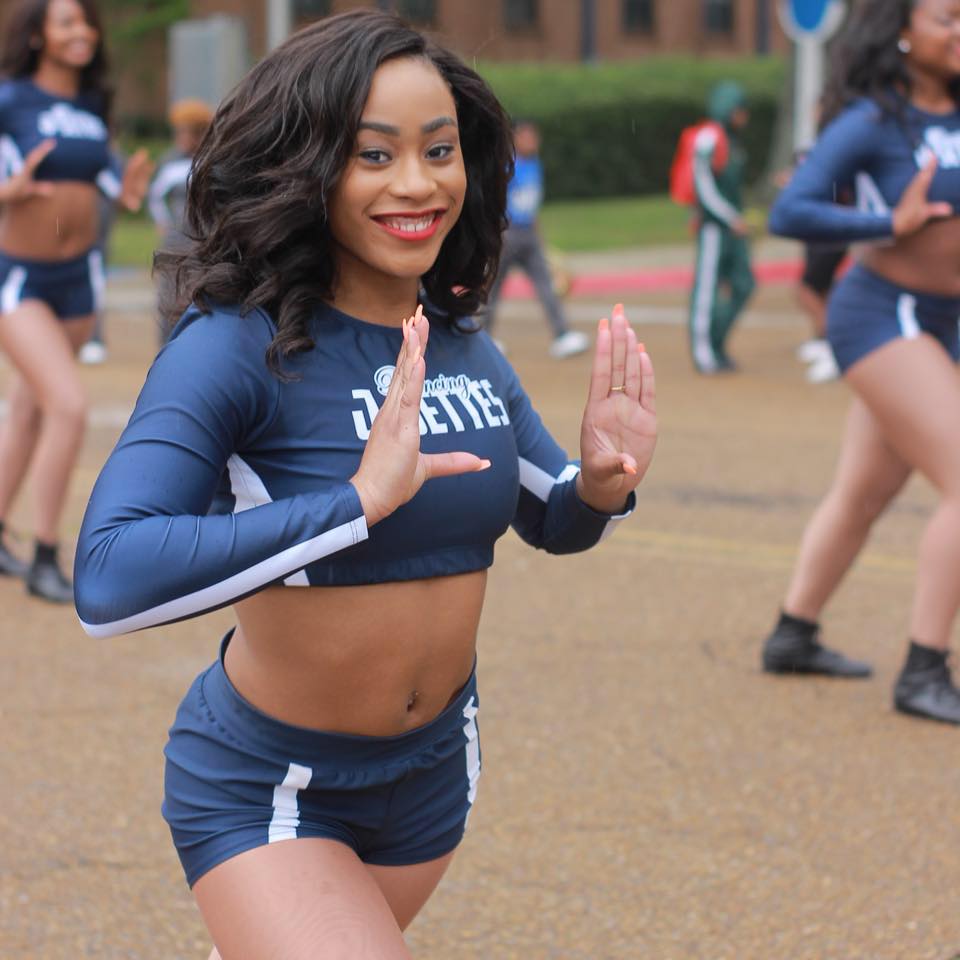 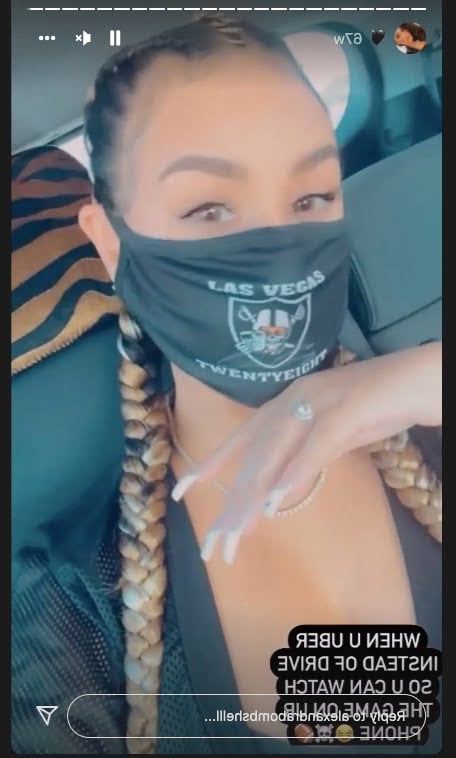 It seems that Josh Jacobs is single at this moment, he was previously romantically linked to Instagram Model Alexandra Bombshell. 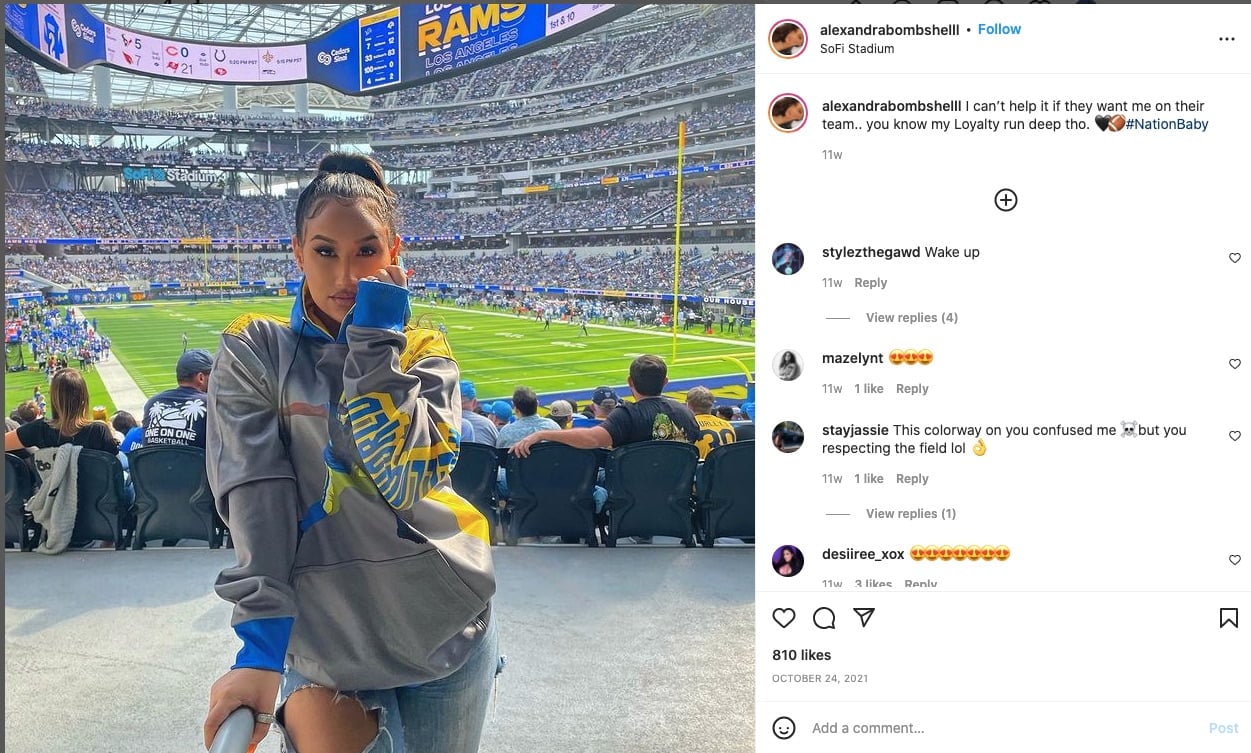 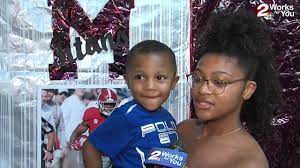 Josh Jacobs has just one kid at this moment, Braxton, born from his past relationship with Janee Brown.

Back in December 2021, Josh Jacobs took to Twitter to deny the allegations that he had multiple children with eight different baby mommas. 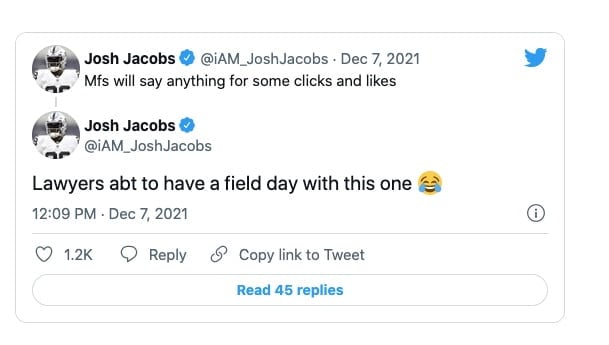