Meet Olivia Holzmacher! this stunning brunette is the girlfriend of college football player Joe Burrow; he is the talented 6’4″ quarterback for the Cincinnati Bengals who previously played college football for the LSU Tigers at Louisiana State University. Joe, the son of former NFL defensive Back Jim Burrow also played at Ohio State prior to transferring to LSU in May 2018. 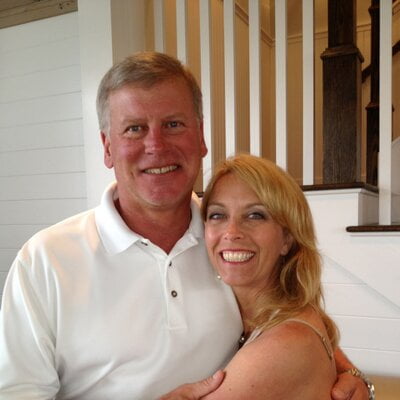 6’4 Joe Burrow was born Joseph Lee Burrow on December 10, 1996, in Ames, Iowa; he is one of three children born to Robin and Jim Burrow.

Mrs. Burrow said she never missed Joe or her other son’s games, but that changed during the COVID pandemic, and they had to watch Joe play from their living room; it was there where they watched him sustain a season-ending injury.

“We were watching the regular TV broadcast, and they went to a commercial, and we knew he was down,” said Burrow’s mother to Breer. “And they came back from the commercial and said, We’re not going to show the hit, because it’s too gruesome. I was like, Oh my goodness, this is bad.”

Joe’s dad, former NFL defensive back Jim Burrow born James Arthur Burrow on November 29, 1953, in Hampton, Virginia, started his football career at Amory High School before playing at the University of Nebraska. The Green Bay Packers selected Jim Burrow with the 218th overall pick in the 8th round of the 1976 NFL draft.

Jim played three games in Green Bay before joining the CFL teams, the Montreal Alouettes in 1977, Calgary Stampedes in 1980, and the Ottawa Rough Riders in 1981. He ended his career totaling 17 interceptions, four fumbles recoveries, 59 return yards in 54 appearances.

After he closed that chapter, Jim Burrow started his coaching career as an assistant coach at Nebraska later defensive coordinator at Ohio University; he later served as associate head coach until his retirement in 2018, one of the reasons that prompted his retirement was his desire to see Joe play at LSU his senior year.

“I didn’t want to miss Joe’s senior year,” Jimmy explained to the Daily Advertiser. “My wife Robin traveled to every game last season, and I went to only three. I didn’t want to not be involved with my wife traveling to every game. All my family’s been telling me how great a game is in Baton Rouge. And Joe’s a part of that. And they’re having such a great time with the tailgating and just being a part of LSU football. I didn’t want to miss that…In the end, I wanted to be a part of Joe’s senior year as a parent and as a fan.”

Joe Burrow has two brothers, Jamie and Dan, both former college football players at the University of Nebraska-Lincoln. 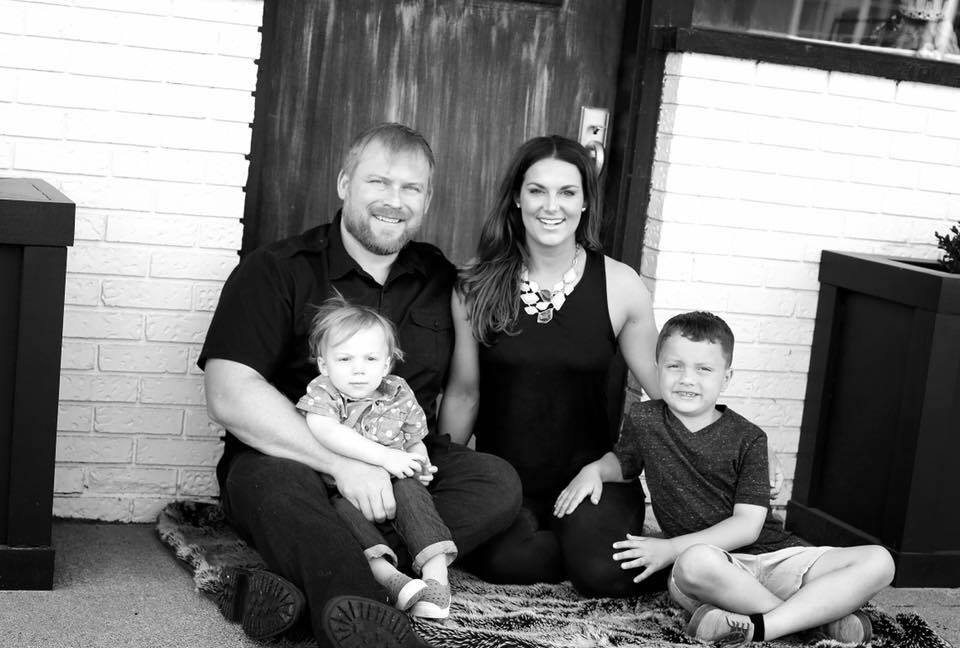 Joe Burrow’s oldest brother Jamie Burrow (b. November 4, 1978) stands at 6’1; he played middle linebacker first at Ames High School and later at the University of Nebraska, where he totaled 116 tackles (74 assisted-solo), 44 sacks, and from where he graduated in December 2001 with a bachelor of Applied Science in Biology.

After college, Jamie Burrow worked as a sales representative at Hologic and General Electric. He is the owner of the Burrow Restaurant Group at the Wright Plaza in Omaha. He is married to Codie Burrow, formerly known as Codie Jo Lebo Burrhus, the mother of his two children, Charlie (from Codie’s previous relationship) and Jimmy. 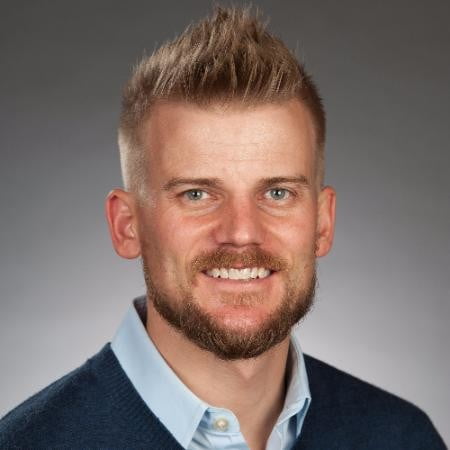 Former college football safety 5’10 Dan Burrow born Daniel C. Burrow on November 9, 1981, in Ames, Iowa, graduated in 2005 from the University of Nebraska with a Bachelor of Science in business and management. From 2005 to 2009, Dan Burrow was a sales consultant at Suncoast Post-Tension; later on, he was a territory manager at Atrium Medical; since 2013 has been a sales at Stryker Surgical in Houston, Texas.

On November 21, 2021, Week 11, the Bengals played against Washington Football Team; Joe Burrow was carted off the field during the third quarter of the game after he was injured by two Washington defenders who converged on him on a third-and-2 pass attempt.

An MRI showed Joe Burrow tore his ACL and MCL on his left knee and had damage to his meniscus and PCL.

“We expect him to have surgery and rehab and make a full recovery and be ready for the 2021 season,” Bengals head coach Zac Taylor said on Monday afternoon. “He’s been in great spirits. On the bus, on the plane, you know, in the facility today, he’s responded as well as he could possibly do it and we’ve all noticed that.”

On December 5, 2021, Burrow dislocated a pinkie on his throwing hand against the Los Angeles Chargers.

He twisted his knee, suffering a grade 1 knee stain against the Kansas City Chiefs on January 2, 2022.

As of January 2022, Joe Burrow’s Net Worth has been estimated at $1 million. In addition to his NFL salary Joe Burrow earns from his endorsement deals with Fanatics, Nike, and Bose, Joe once said he planned to save the money from his contract and live from this endorsement earnings.

“I don’t plan on spending any contract money,” Burrow said. “I’m just gonna live off the marketing money and let that accrue in my bank account.” 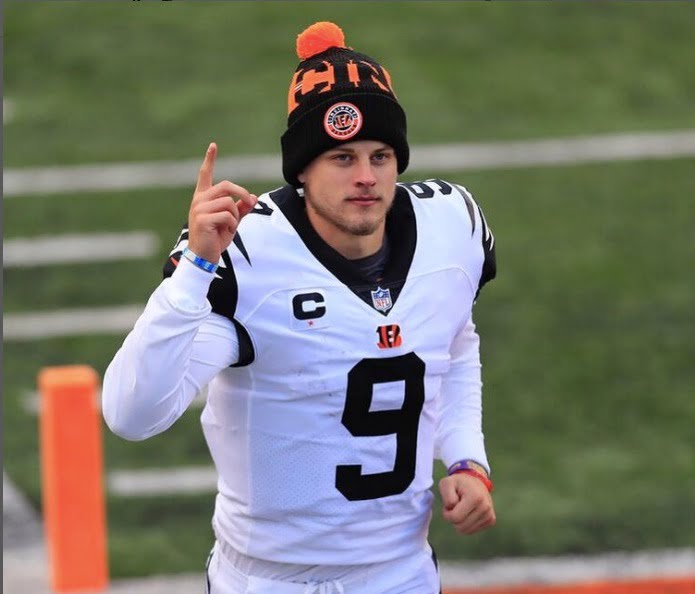 Cincinnati Bengals fans are eager to get their hands into Joe Burrow’s #9 jersey you can buy at the Bengals Shop, the NFL Shops, and Fanatics. 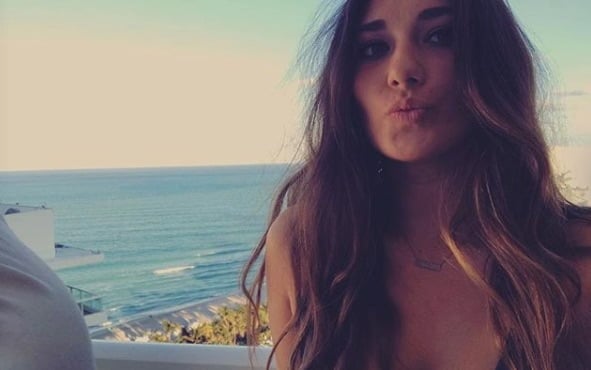 Pin
Joe Burrow’s better half Olivia M. Holzmacher was born on April 27, 1997, in  Mason, Ohio. She is one of the daughters born to field superintendent at Air Tech Mechanical John and Susan Holzmacher (nee. Britton), both 55 years old.
Moreover, her sisters are Brittany and Meghan Holzmacher, born in 1990 and 1993, respectively. 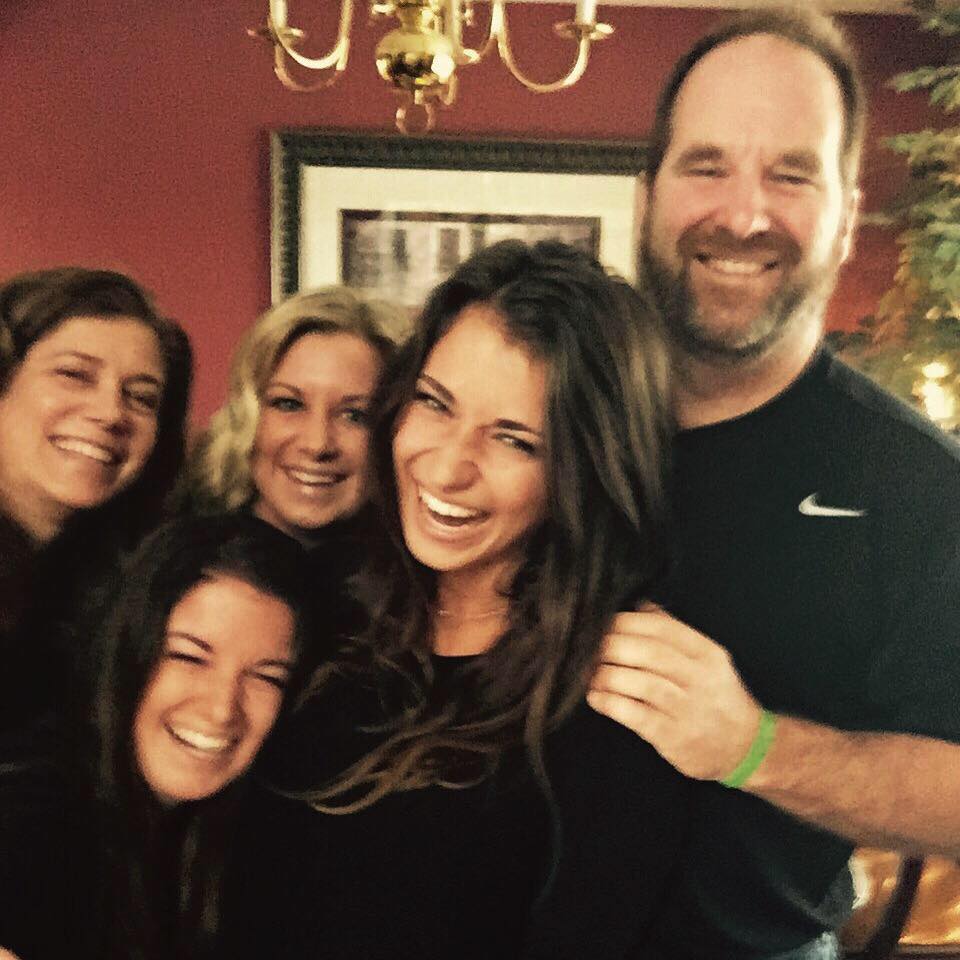 “Firstly, my love of statistics and analysis is the reason I chose my Data Analytics major; but I am much more than just numbers.”
“Secondly, I am a critical thinker; continual learner, problem solver, detail-oriented, self-motivated, organized, flexible, energetic, focused and confident.”
“Finally, my goal is to obtain a position that allows me to use my current skill set; continue to develop professional skills. I bring to the table dedication and an exemplary work ethic;  a promise to always do my very best work.” 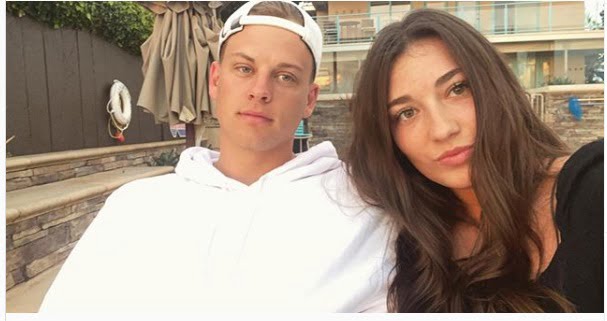 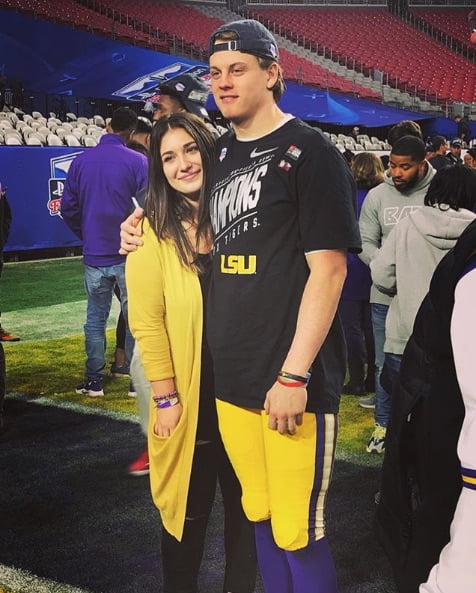