You are here: Home / Other Sports / Kara Iginla is NHL Jarome Iginla’s wife

Ice hockey player for the Pittsburgh Penguins, Jarome Iginla, was a member of the Calgary Flames between 1996 and 2013 where he served as captain for nine seasons. He was traded to Pittsburg in late March.

“We knew changes would be coming and ultimately I probably would be moving,” he said.

“He was the face of the franchise in Calgary a long time. He has been a very consistent player throughout his whole career, which is remarkable,” Ottawa captain Daniel Alfredsson said.

Iginla’s wife Kara and their three children were on a previously-scheduled vacation in Hawaii at the time of his trade. The family is now back in Calgary, where they’ll remain until the school year is complete.

“It was very different at home without them and waiting all day and (Kara) felt a little odd too, a little bad,” Iginla said. “It’s probably best for the kids. It’s kind of a stressful situation for myself. They can just relax and enjoy themselves.”

Iginla will become a free agent in the summer, but he’s not thinking past his run with the Penguins. For now, has made a downtown hotel room his home for the time being in Pittsburgh. His wife Kara Iginla and children have visited a couple of times and will soon be in Pittsburgh again. It’s been fun for his children. “It’s like a road trip for them,” he said.

Kara Kirkland, later named Kara Iginla, has been in a relationship with Jarome since they were in 8th grade together. After almost a decade, he proposed on Christmas of 2011. The couple married on August 6, 2003 and have three children together: daughter Jade Grace (born in 2004), and sons Tij (born in 2006) and Joe (born in 2008).

“We’ve been going out since, basically, Grade 8. Off and on there for a little bit through high school and college. But pretty much since Grade 8. Except when she needed a month or two or three break from me,” laughed Iginla.

“We’ve broken up a few times over the years, but we just couldn’t stay apart,” says Kara. “We’ve been together forever. He’s the same person. Life is good to us.”

Jarome and his wife Kara have shown great generosity and compassion towards the animals, they support the BC SPCA. They were the Donors of the Month on April 2010, and many homeless dogs were named after him.

Although Kara is a hockey wife, her day-to-day routine is very low-key. Just like many stay-at-home moms, she spends her time running their kids to activities, play dates and school.

“It’s a little monotonous,” she says and laughs. “I really have no complaints. It’s such an unbelievable life.”

Both Kara and her famous husband are from Alberta. He has built his family a dream home were he’ll surely retire in. 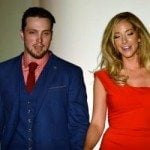 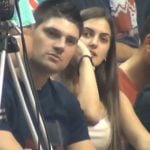 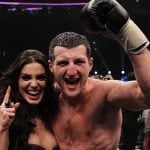