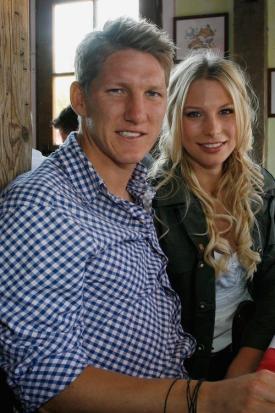 I’m sure you’ve seen her before as eye candy wrapped around her man’s arm! They began dating when she was only 19. She was born 12 December 1988 in Munich, Bavaria, West Germany. The 24 year old attended Obermenzinger Gymnasium where she completed abitur- is a designation used in Germany for final exams that pupils take at the end of their secondary education, usually after 12 or 13 years of schooling- in 2010. She then started studying sociology and history of art at theLudwig Maximilian University of Munich, but ditched it for modeling.

And why wouldn’t she! With her physique, at

Her first modeling job was advertising photos for Stadtwerke München. Sara was featured in the 2010 Sports Illustrated Body Painting Issue, along with Abbey Clancy, Bethany Dempsey, and Melissa Satta. She has also done notable work for German magazine Bild, and GQ Germany.

Want to catch her live?? Well you get one shot on Saturdays game: Bayern Munich vs Borussia Dortmund. Sara is usually cheering her one and only midfielder, Bastian Schweinsteiger closely. 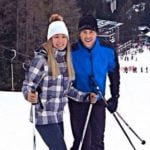 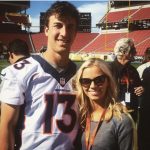