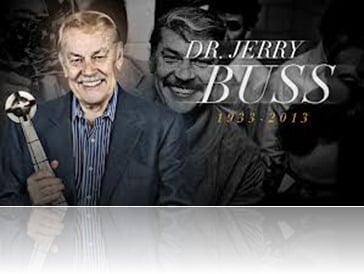 Karen Demel was once a love partner of the amazing L. A Lakers boss Jerry Buss, after all she is the mother of his two younger sons Joey and Jesse Buss, but what happened to Mrs. Demel after she  and Mr. buss broke up?  Would she be attending at his funeral? did she ever got married? how does she looks like anyways?

The life of Karen Demel after Jerry Buss is one of the biggest mysteries, after he and his wife donna got divorce in 1979  he dated our girl Karen, who on 1985 gave birth to her son Joey who studied business at the University of Southern California, Joey is married to Nicole (maiden name Geoff) pretty wife since 2008  with whom he has an adorable baby boy.

Karen and Jerry had another son Jesse born in 1988, although we are not sure what is he doing these days, a couple of years ago when he was 21 we heard that Jesse was his father’s best friend he was the only of his siblings who lived with his father.

“My dad is able to adapt to anybody, any age,” Jesse says. “That’s what has always made him so easy to talk to. He wants to listen to anything you’re interested in.”

Karen Demel whose Facebook right here is  under the name of Karen Demel Buss has an older son 38-year-old Sean from a previous relationship, who changed his last name to Buss when Karen was with Jerry.

It is uncertain when or why did Karen and Jerry split up. She lives in Encinitas, CA.