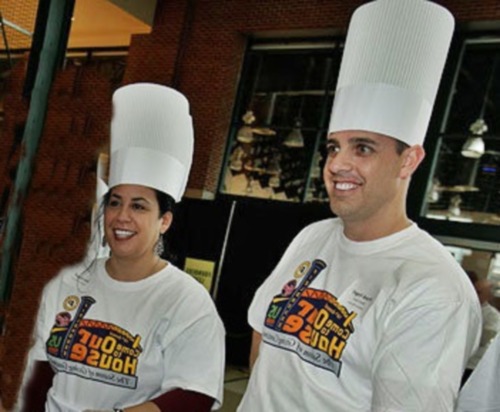 Happily married since 2002, Jennifer and Frank have two beautiful children together; daughters Alexa and Arianna.

Jen’s hubby, 45-year-old head coach is from Wildwood Crest, New Jersey. And ever since he was a little boy he dreamed with a career in the NBA and now we see him living the dream; and Jennifer is right by his side living it as well.

The successful coach that has worked his way into where he is now used to served as a scout for both the Los Angeles Lakers and Washington Wizards, and was an assistant coach for the Philadelphia 76ers and Boston Celtics. With all that in his agenda who could find time for the family huh! But the Vogel family makes it work. Jennifer and Frank are just your ordinary couple and enjoy their daughters every chance they get!

12-year-old Arianna Vogel took only a few bites of her yogurt before placing it on the kitchen table and turning her attention elsewhere.

It seems like little Arianna and her older sister Alexa’s favorite time of year with their father; after all for the little ones is just another guy and not the lead man for the Lakers!