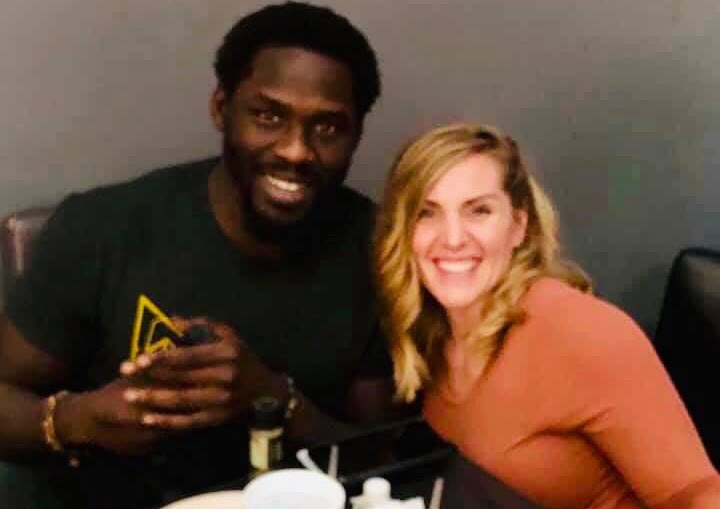 Check out Catherine Cannonier! This pretty lady is the lovely wife of MMA fighter Jared Cannonier. Her husband has been fighting in the middleweight division with the UFC since 2014; prior to that Jared fight in Alaska.

Catherine’s MMA stud, has been fighting professionally since 2011; three years later he signed with the UFC, making his debut at UFC 182, against Shawn Jordan, who defeated him by knockout in the first round.

Subsequently on April 10, 2016,  defeated Cyrill Asker by KO at UFC Fight Night: Rothwell Vs. Dos Santos and defeated Ion Cutelaba by unanimous decision in December 2016. Started 2017, with a loss to Glover Teixeira at UFC 208.

Later on, Jared recorded two wins and two losses, his next fight is against Anderson Silva at UFC 237.

Cannonier’s better half was born Catherine Ann Kelleher, one of the children born to Patty and Jerry Kelleher, ages  74and 77, respectively.

Cat and Jared met in Alabama while he served in Army; they dated for a while, tied the knot and are nowadays raising three beautiful kids.