Stindl made his international debut with Germany U20 squad in 2007, subsequently joined the senior team in2017.

In addition to his international career, Lars has played with Hannover 96 and Karlsrusher SC; during his youth, he played with TSV Wiesental.

5’11” Stindl was born on August 28, 1988, in Speyer, West Germany, slowly for surely he is becoming the promising soccer player that coach Joaquim Loew, didn’t hesitate to include in the German squad.

Lars Stindl dated his wife Tanita for several years before they tied the knot on June 13, 2015, at the Münchhausen Palace.

Mrs. Stindl was born Tanita Mayer on December 17, 1990, in Germany. She started dating her hubby on September 9, 2009. Nowadays, these two are the proud parents of their adorable daughter Livia born in 2016. 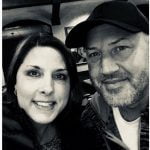 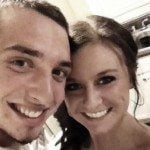 Jami Miller Jami Miller is the new NFL Wag coming to Denver, before her man Paxton Lynch the … END_OF_DOCUMENT_TOKEN_TO_BE_REPLACED