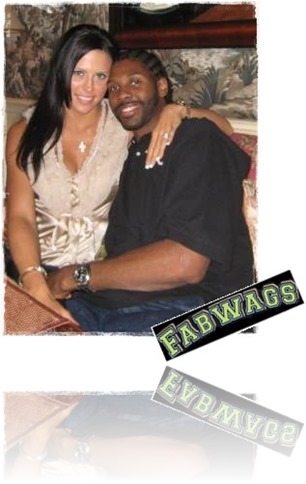 Meet Mrs. Lauren Prothe Hilario, this Fab NBA Wag is the loving and caring wife of Nene Hilario aka Nene the Brazilian NBA player who currently plays with the Washington Wizards.

Lauren and Nene met at Alex Santos’ home whose wife a close friend of Lauren has  just given birth to their child. Santos and Nene  have known each other since Nene was 15, he is also his personal  manager and dear, dear friend and Lauren and Mrs. Santos played volleyball together.

They started dating in 2007, she brought him to meet her family in the Easter of 2008, on that meeting Nene also met NY Knicks player Jason Smith who was dating Lauren’s sister Ashley.