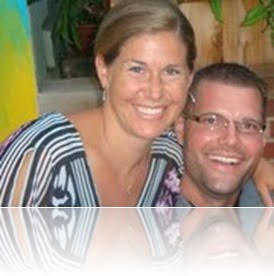 Here we go again, another coach has been accused of , this time is Brian Wardle the former Marquette Player who became the youngest head coach in the NCAA when he was hired by the University of Wisconsin- Green Bay in 2005, before that Coach Wardle was an assistant coach at Marquette under coach Tom Crean.

33-year-old Wardle a Willowbrook, Ill., native graduated from Marquette with a bachelor”s degree in communication studies in 2001 denies the allegation made by two players Brennan Cougill and Ryan Bross, this last one told the Green Bay Press Gazette that Wardle called him homophobic slurs and encouraged him to violate his religious beliefs by having with a girl in order to improve his play.

“Coach Wardle told me to stop being a p—- and to go into the woods,” Bross told the Press Gazette. “I came back and he was like, ‘Are you all done? Are you OK? Are you done being a p—- now, Ryan?’ Because they thought I was faking it, but I wasn’t. So I kept running the hills. I finished one hill. I came back down, and I told them I was not feeling well again, and (Wardle) made me run another hill again because he told me that I was being a baby.”

“I can assure you the well-being of my players is foremost in my mind at all times,” said Wardle, whose teams are 47-49 in three seasons. “I cannot comment on the specific allegations under federal privacy laws. I can say the version of events (the Press Gazette is) reporting is inaccurate.”

We’ll see how this goes, but judging for the similar mess concerning Rutgers Mike Rice, this can get messier. In the meantime should we look over his wife Lecia”s biography?

Lecia Wardle graduated from Sarasota High School before she entered Marquette University, where she met her husband, joined the women’ s soccer team and  graduated with a bachelor in business in 2001.

From August 2003 and for the next two years Lecia worked as a Marketing Project Planner at Marquette, she is today an Account Executive at the Journal Broadcast Group.

Lecia wardle and his coach stud are the proud parents of their three adorable children,  daughter Mya and Emery and one-year-old Davin Murphy Wardle. they have been happily married for almost 10 yeas this year.