Meet Bianca Van Zyl, the pretty girlfriend of professional tennis player Lloyd Harris, the 6’4 (1.93 ) South African player currently #46 in the ATP Singles World rankings, #277 in doubles. Lloyd defeated Karen Khachanov in five sets in the first round at the 2021 US Open, Denis Shapovalov in three in the third round, and Reilly Opelka in five in the semifinals. Harris is facing German tennis player Alexander Zverev in the quarterfinals.

Fluent in English and Afrikaans Lloyd Harris was born on February 24, 1997, in Cape Town, South Africa; he is one of two children of George and Cecelia Harris, also proud parents to Lloyd’s sister Monique. 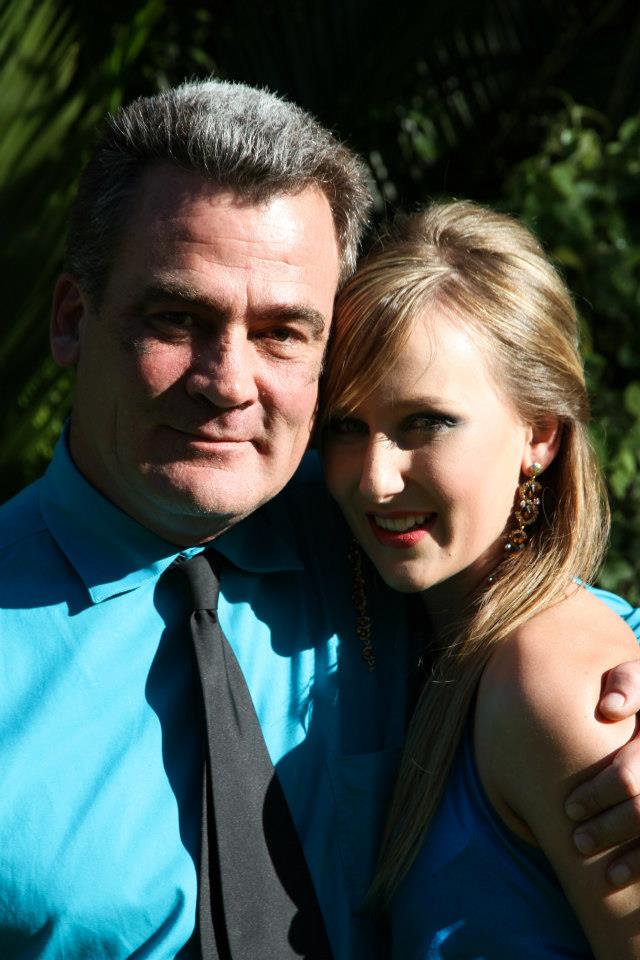 Lloyd’s dad George was the General Manage at Sweden Ghana Medical Center; he previously worked as a business development manager at D Med Healthcare, Panomara Medi-Clinic, Medicor Group,  in South Africa, a consultant at BlackIvy Investments, Regional Pharmacist at Tri-Camerate Parliament of South Africa, and South African Defence Force and Hospital Pharmacist at a Military Hospital from February 1988 to December 1989.

Lloyd Harris’ dad George died in 2018, while Lloyd was playing in Portugal, the news of his tragic death was delivered to him a day before a match, he stayed and played that match for his father.

“I didn’t know the path I was going to take. My parents sacrificed everything, financially, for me to play and there just wasn’t enough left. I thought this would force me to play college tennis when all I wanted to do was go pro. There were even thoughts of not playing tennis anymore and just studying.”

During the last tournament, that my parents could afford, I decided to play a future instead of a junior event. I qualified for two futures and made quarterfinals of one, and semi-finals of the other. From this success, and wowing the people back home, I got enough support to play five more weeks of futures around Africa. During this trip I won two futures, which proved to myself and others that I could compete and beat players 300 in the world and better.

From this success came a management contract, which supported my travel and a great team around me. Regardless of how well it went at first, I was still grinding futures with the occasional challenger, for two to three years. I was unable to fully able to break through. It all took a turn when my father passed 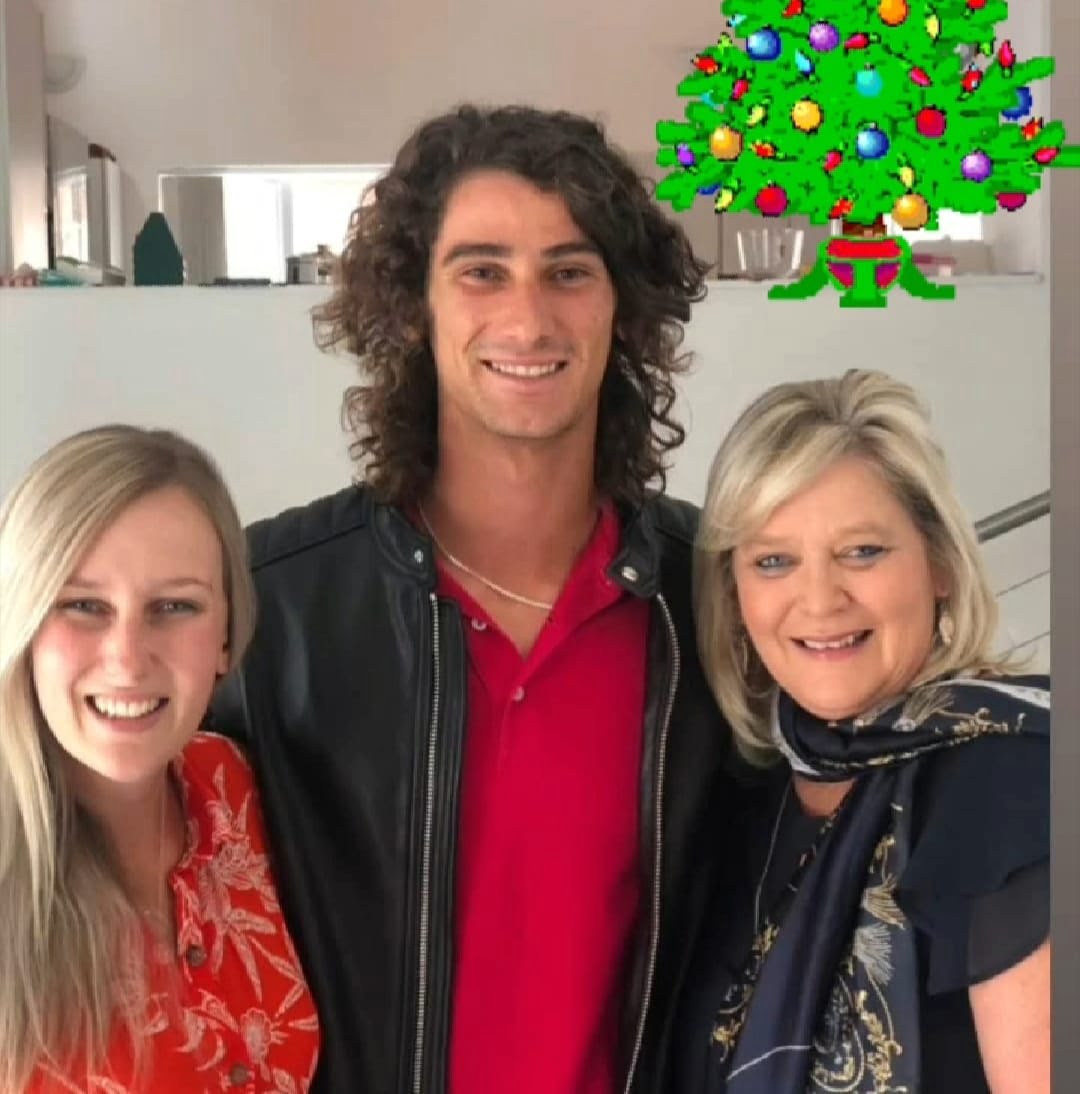 Cecelia Harris originally from Cape Town studied commerce at Stellenbosch University in Western University in South Africa. Mrs. Harris is the owner of C-Ten Sportswear, her sports clothing line was created in March 1994. 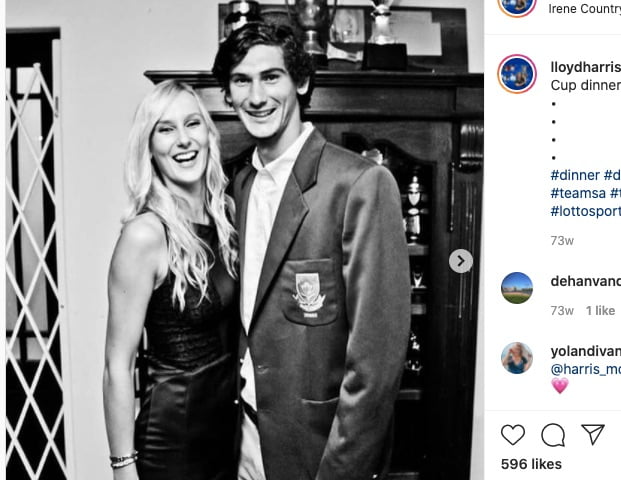 Lloyd Harris’s sister Monique is currently engaged to Bartho Theron, they plan to get married on December 4, 2021, in Gansbaai. Monique is a certified chef with a culinary arts degree from the Institute of Culinary Arts; she also attended The Aleit Academy, Britefire (Social Media Marketing), and Curri Durbanville. 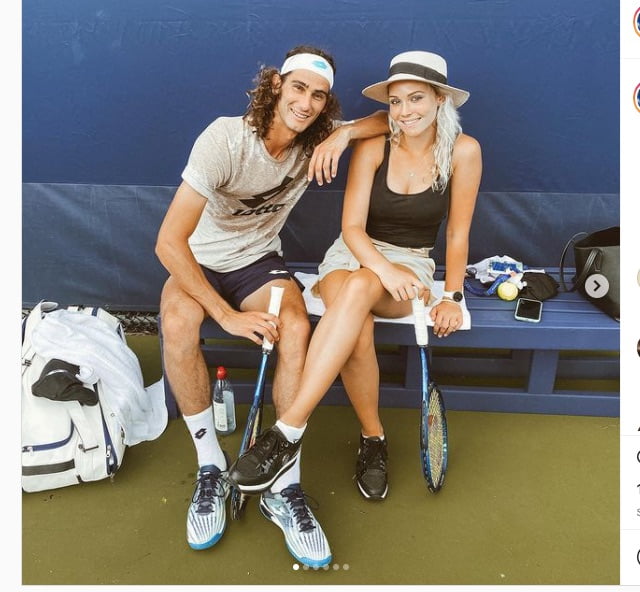 Lloyd Harris’ beautiful Girlfriend is Biance van Zyl; the lovely couple have been dating since September 11, 2019. 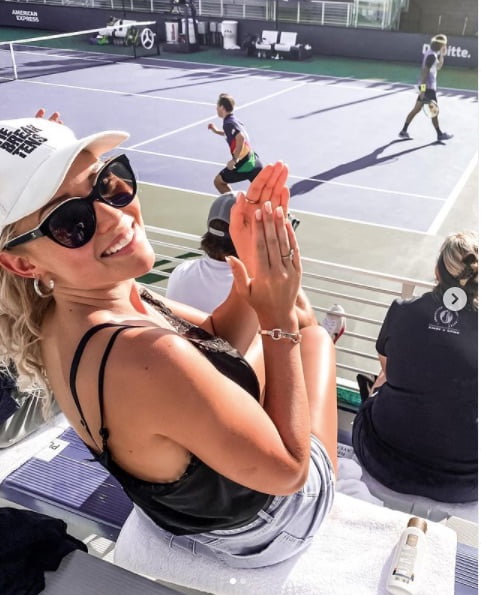 Who is Lloyd Harris’ Girlfriend Biance van Zyl? There isn’t much out there about the leggy blonde, thus far we found that like Harris she hails from Cape Town. Biance played tennis, back in the day, she had a junior singles record of 4 wins and 3 losses.

Biance van Zyl has over 12K followers on Instagram and you can also find her on TikTok and recently she started documenting her travels with Loys on YouTube.