This pretty young lady is Janelise Maldonado; she is the lovely and beautiful wife of MLB player Martin Maldonado, the talented Puerto Rican who is a catcher currently signed by the Houston Astros. Martin also played for the Los Angeles Angels, Chicago Cubs, Milwaukee Brewers, and the Kansas City Royals prior to joining the Cubs in July 2019.

As of October 2021, Martin Maldonado’s net worth has been estimated at $8 million. Maldonado’s current two-year deal with the Astros is worth $7 million. The first thing you need to know about this magnificent lady, whose name can either be spelled Janelise or Janelisse is that she was born Janelisse Marquez on July 7th in Puerto Rico.

She met Martin when they were teenagers; dated for several years before they decided to tie the knot. Janelise and Martin announced they were expecting their first child together in mid-2017; they welcomed their adorable baby daughter Anaiah Mila on December 2, 2017. 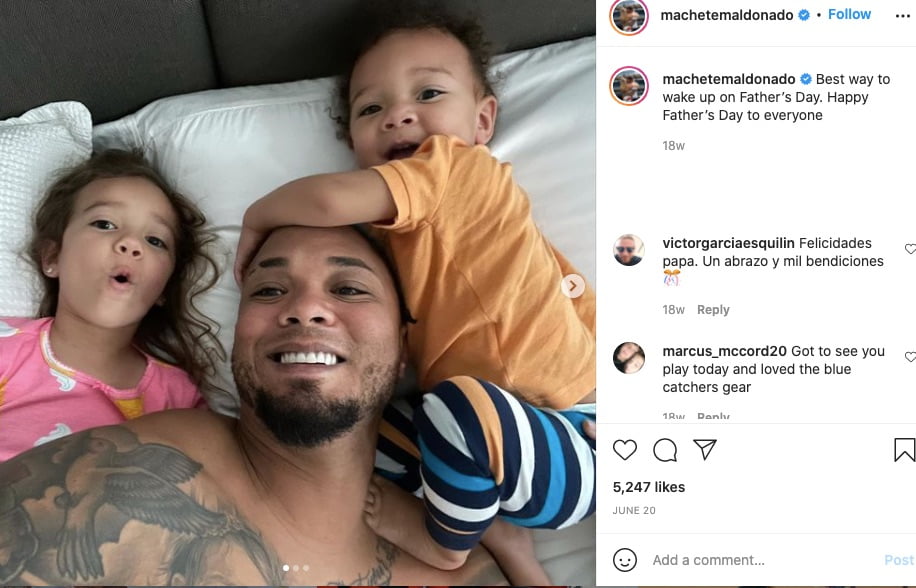