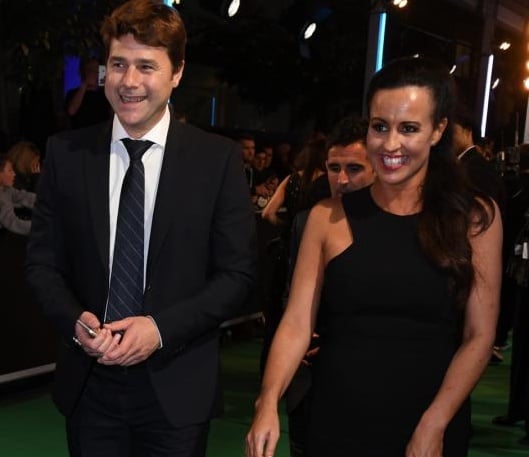 This lovely lady is Karina Pochettino aka Karina Grippaldi; she is the wife of Mauricio Pochettino, former Argentinian soccer player and the current manager of Tottenham. Prior to coaching, Pochettino, played center back for Espanyol, Bordeaux, Paris Saint Germain and Newell’s Old Boys.

After his retirement in 2006, Pochettino joined Espanyol’s coaching staff in January 2009, as their third coach; in January 2013, Southampton announced they hired Mauricio as their first-team manager, taking the reigns once led by Nigel Adkins.

Pochettino, signed a five-year contract with Tottenham Hotspur on May 27, 2014.

With that said, are you ready to meet Mrs. Grippaldi Pochettino.

Karina Pochettino, formerly known as Karina Grippaldi, is Coach Pochettino’s wife since 1994; Karina is the proud momma of two incredible sons: 22-year-old Sebastiano and 16-year-old Maurizio, both born in Barcelona, while Pochettino played for Espanyol. Sebastiano graduated from Southampton Solent University and a sports scientist for Tottenham, the younger son, is a winger who has been in the club’s Under 16 team this season.

In addition to being Mauricio’s soulmate, Karina is his fiercest critic

“Many things. Many, many times,” said the Tottenham boss. “It’s more than 25 years now she’s been next to me, and in the last few years the one thing that she criticises most is my press conferences

“Because she is very focused, ‘why you say that’, ‘you need to say to, not for’, ‘that is why, not because. She is fixing me after every press conference and criticises me a lot. But it is part of it to improve, no?” 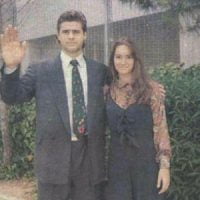 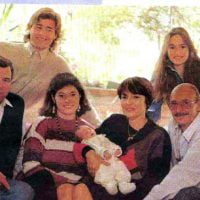 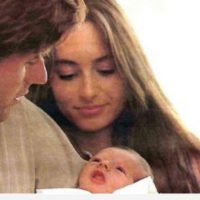 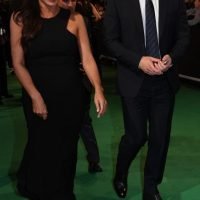