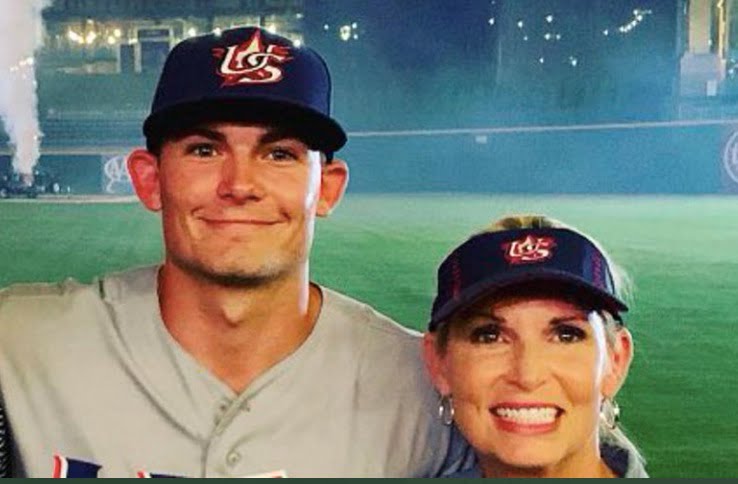 Lovely Cynthia Lacy is the amazing mother of baseball player Asa Lacy, the new pitcher with the Kansas City Royals selected in the first round (20th overall) during the 2020 MLB Draft.

Prior to joining the big guys, Asa played college baseball at Texas A&M and Tivy High School in Kerrville, Texas before committing to play with the Aggies in 2017.

6’4″ Lacy was still in high school when he was first selected by the Cleveland Indians during the 2017 MLB Draft, he opted to skip the MLB and go to college.

Mrs. Lacy born Cynthia Anne Davison on December 27, 1966, is one of the children born to Dan and Lee Davison, of Bryan, Texas.

Asa’s mom is according to her Linkedin profile a designer in Kerrville, Texas. She graduated from Sam Houston State University, met her husband Phillip met in Brenham.