Meet pretty Klaire Trainor; she is the girlfriend of MLB player Heston Kjerstad, the young outfielder for the Baltimore Orioles.

Heston played college baseball for the Arkansas Razorbacks prior to entering the 2020 MLB Draft, where the Orioles selected him second overall.

Klaire’s beau was born in Amarillo, Texas on February 12, 1999. Before committing to Arkansas, he played at Randall High School. 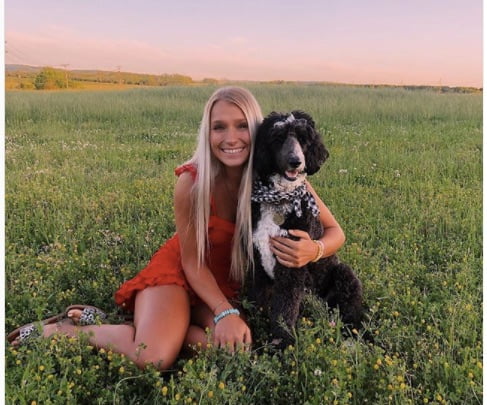 5’10” Klaire Trainor from Springdale, Arkansas, is one of two children born to Kendall Trainor and Kerri Trainor Mason; she has one younger brother named John David Trainor from her father’s side and siblings John, Sarah, Caitlin, Kenley and Joey Mason, from her mom and stepdad, Ken Mason’s side. 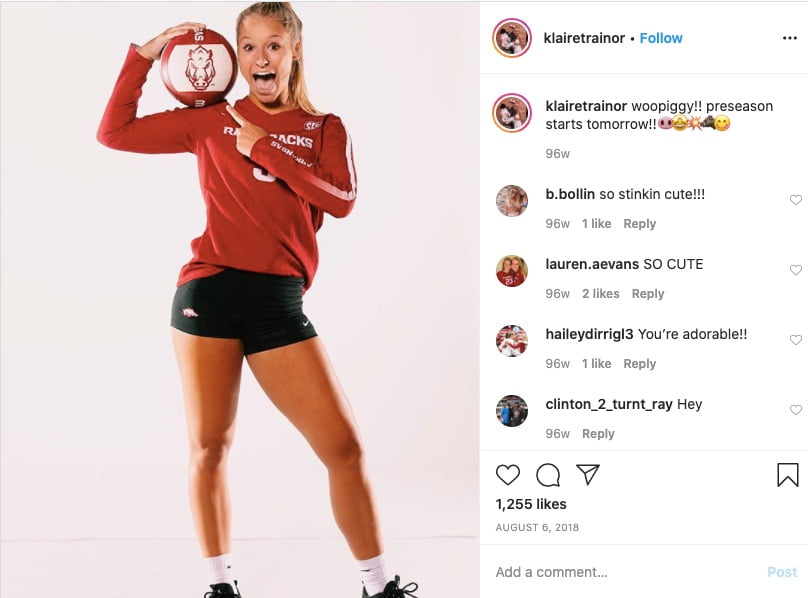 Klaire played volleyball and was a member of the jumping teams at Har-Ber High School; she currently attends the University of Arkansas,m where not only she is pursuing an education major but she also continues to play volleyball.