The four-time Olympic Gold Medalist and three-time WNBA MVP is also known as the Co-Host of We Need To Talk on CBS Sports. Throughout her entire professional basketball career, Lisa Leslie only played for the Los Angeles Sparks.

Adding to her long list of accomplishments, she threw on the author with her 2009 autobiography, Don’t Let the Lipstick Fool You.

Since her retirement, Leslie has worked as a sports commentator and analyst for such channels as ABC, NBC and Fox Sports Net among others.

Leslie was introduced to Michael Lockwood by a stranger she had met at the airport. She had met this “friend” after she ended a vacation in Mobile, Alabama. The guy was persistently telling her they would hit it off. She gave him her number and after ignoring three phone calls from Michael Lockwood, she gave up after listening to his final message:

“I’ve called you three times. C’mon, you can at least call a brother back!”

To make the story short, she did return the call, they talked for about eight-hours and they did hit it off. Michael and Leslie spoke on the phone for about a month before they met in person.

53-year-old Michael Lockwood is a former pilot for UPS. He is also a former Air Force basketball player.

The pilot and the WNBA player became inseparable. They tied the knot on November 5, 2005, in Maui, with 85 of their closest family and friends and remained there for ten days to enjoy their activity-filled honeymoon of biking, hiking, visiting waterfalls and volcanoes and more.

When talking about her husband, Lisa said.

“Michael’s love for me has taught me the difference between having a man in your life versus a boy, and I couldn’t be happier for that lesson and his love.” 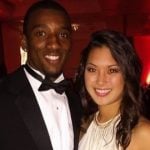 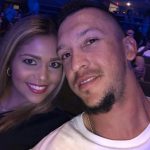 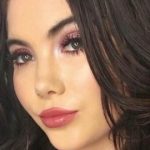