Meet pretty Mackenzie Carpenter; she is Matt Carpenter’s gorgeous wife. Matt as we all MLB fans know is the fab second baseman with the Cardinals of St. Louis; however, is and is about his pretty lady that we are going to talk to you about.

27-year-old Matt Carpenter from Galveston, Texas is the beloved son of Mrs. Tammie Carpenter and her loving husband Rick, both of them have been athletes, Tammie in softball and Mr. Carpenter played ball during his college years. Matt was selected by St. Louis in the 13th round of the 2009 Major League Baseball Draft, he made his debut in the MLB on June 4, 2011. He has become one of the best players in the MLB.

We are so glad for him, because the more Matt Carpenter we have the more we can see of his stunning wife Mackenzie, now let me tell one or two things about Mrs. Carpenter.

Mackenzie met Matt at Elkins High School from where she graduated in 2006, they began to date while in high school and their relationship became a pretty solid all the way to College. Mackenzie graduated in 2010 from Texas A&M

Matt got on one knee on Friday, May 06, 2011 and they got married on December 10, 2011, in Missouri City, TX. Mackenzie worked as a 6th and 8th-grade Physical Education coach at Fort Settlement Middle school. 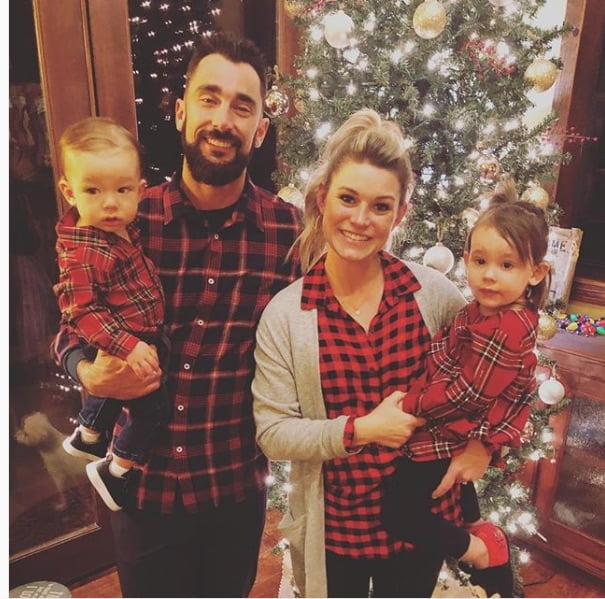 Matt and Mackenzie have since welcomed two beautiful children; Kinley Rae born on May 25, 2016, and Kannon Lee norn on November 20, 2017.