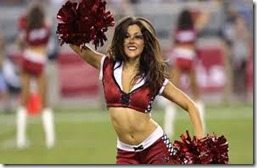 Would you look at that! Certainly crazy stories like this one goes to show how the least people you expect to be “damaged” are the ones that can shock us the most! Have you heard about this one?

Gorgeous Megan went from the picture in the left to the disgraced mug shot in the left, after she allegedly attacked her boyfriend in her Scottsdale, Ariz. home! She was arrested for disorderly conduct and criminal damage! Things got nasty but she was out in the street the same night. 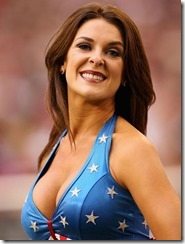 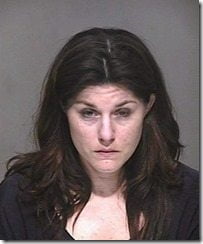 The 29-year-old versatile beauty, attended University of North Carolina At Wilmington graduating in 2006 with a BS BA, Marketing, Management. Her Army expertise includes, over a year as a platoon leader at A Company, 40th Expeditionary Signal Battalion in Fort Huachuca, AZ where Welter was single handedly selected to lead the Battalion’s FBCB2 and SINCGAR radio installation, led a team of 15 Soldiers to support the 69th Air Defense Artillery Brigade’s Culmination Training Exercise in Ft. Hood, TX providing a 99% communications reliability and served as site commander for two Battalion field training exercises.

In 2010 she was Commander at Headquarters and Headquarters Company, 98th Expeditionary Signal Battalion Company for five months. Megan increased unit’s overall medical readiness from 67% to 85% in less than four months, was directly responsible for the accountability, maintenance and operation of $6 million in military equipment and increased unit’s weapons qualification rate to 90% in one weekend.

In 2011 she was Tactical Special Projects Officer at the 98th Expeditionary Signal Battalion for eleven months. Welter planned, coordinated and oversaw the installation, issuing and training of 70 Blue Force Tracker systems, 200 tactical radios, 40 generator systems, 70 tactical satellite communications systems and all Battalion Operation Center network monitoring systems. In addition she planned, coordinated and established a training and fielding facility, to include life support, for 500 Soldiers at Fort Huachuca, A and compiled and oversaw the completion and submission of the field budget estimate for the entire operation to the US Army Reserve Head Quarters for funding approval.

Last year she worked as an account manager at Staples for promotional products; she currently holds the S-6/ Signal Officer in Charge at the 387th Military Police Battalion where she has been for the past eight months.

In 2011, after being inspired by NFL cheerleaders who were entertaining troops during her tour Welter tried out for the team.

Which is a job she also excels in!

No doubt she has an impressive career but can she escape this one? Don’t miss her intense video below!

You can see her LinkedIn profile here.