Prior to ESPN, John worked for Cape 11 News in Massachusetts; subsequently in 1994,  joined  WPRI-TV in Providence, Rhode Island.

Mr. Buccigross initially became the host of ESPN2’s NHL 2Night; in 2001, became the play-by-play voice of the NCAA Hockey Championship.

As for his personal life, we can tell you that John Buccigross married on September 11, 1991, in Seneca, Ohio.

Mrs. Buccigross, formerly known as Melissa Jane Monroe was born on May 10, 1969. Together with John, they have three children; Brett, Malorie, and Jack.

Their son Brett,  graduated with a Bachelor of Science in Health and Kinesiology.  He used to play hockey in high school, so becoming an ice hockey coach sounds pretty normal; but he isn’t coaching anymore, Brett is nowadays an overnight associate at Planet Fitness World Headquarters.

Malorie, 23, graduated in 2016, with a bachelor’s degree in Literature and English language; she was an Equine Associate at Rendez-Vous Farm; in March 2017, worked as a program leader at South Windsor Parks & Recreation. Malorie currently is a personal banker at Farmington Bank and a product manager art Bucci’s Overtime Challenge.

Jackson Ray “Jack”, born five years after his big sister, he recently graduated from South Windsor High School in Connecticut, where he played hockey just like one day Brett did. 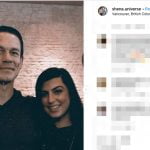 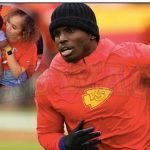