Metisha Schaefer is the hot lady who used to date NFL player, Larry English. The gorgeous brunette happens to be the new girl in town as she makes her entrance on the new spin-off WAGS: Miami.

But before the new series premieres on October 2, insiders say, all breaks loose tonight, when Metisha Schaefer is introduced to some of the Cast members on E!’s WAGS.

The drama begins when Tia Shipman meets Metisha and brings her to a gathering. Metisha then, loses no chance of accusing Larry’s new woman, Nicole Williams, of being a homewrecker!

According to Metisha, Larry cheated on her with Nicole during their relationship. 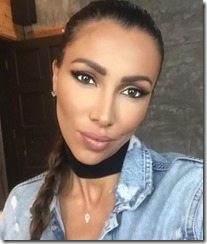 Metisha Schaefer is a model and actress. She has her own IMDb page which states she is actually from out of town. Metisha was born in Cologne, Germany. According to online info, she speaks five languages, including Turkish.

Metisha Schaefer also goes by Metisha Larocca. She is the daughter of Turkish/Greek parents. She holds a masters in journalism.

The aspiring actress has always been interested in the entertainment industry. She hosted a number of television shows in her hometown and made the leap to the U.S in 2009. She moved to Miami following her graduation. 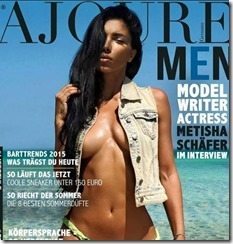 Her presence has not gone under the radar. Schaefer has landed covers in a number of magazines including, Maxim. When she is not posing for the camera lense, you can find her hosting charity events and movie premieres.

According to her profile, she also landed a role on the Tom Cruise film “Rock of Ages” and took the leading role in a commercial production for Dr. Pepper.

This is not the first time, the German born is seen in reality TV. She also appeared on VH1’s “Beverly Hills Fabulous.”

The fitness model has more than 390K followers on Instagram –where she often posts about her life in Miami.

If you  had to choose between Metisha Schaefer and Nicole Williams, who would you pick?