Meet the lovely Debbie Giberatz  Tirico aka DeborahTirico; she is the supportive and loving wife of NBC sportscaster, Mike Tirico. Debbie and her husband are the proud parents of two children. Keep reading to know Debbie’s biography.

Mike gained popularity as one of the best sports broadcasters in the country through his coverage of events like Monday Night Football,  the 2014 FIFA World Cup, and the Olympics. He has been praised for his versatility, successfully covering a variety of sports including basketball, tennis, and golf.Tirico spent 25 years at ESPN and had called Monday Night Football games for the network since 2006 before he joined NBC earlier this year.

Mike Tirico will step into the booth in place of Al Michaels for four of the 13 games NBC will broadcast the rest of the NFL regular season, the network announced on Wednesday, and the 2018 Winter Olympics in Korea 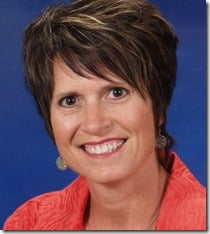 Debbie and Mike Tirico, tied the not in 1991. Deborah who goes by Debbie is the mother of the couple’s two adult children; Jordan and Cammi

Debbie Tirico was born Deborah Ann Giberatz on February 17, 1967,  in Trenton. A former all-state basketball and softball player in high school. She is a four-time letter winner in women’s basketball and a tri-captain of the 1989 team and played in the 1988 NCAA tournament and SU’s second postseason appearance.

Furthermore, she graduated with a B.S. magna laude in finance from the School of Management.

Debbie and her family have lived in Ann Arbor, Michigan since 1999. Nowadays, Debbie Giberatz Tirico works with local non-profit organizations.