Have you met Sharon Powell? This incredible lady is the beautiful and lovely mother of is the NBA player Norman Powell, the  6’4″ shooting guard for the Toronto Raptors.

The 25-year-old was born May 25, 1993, in San Diego. Sharon’s only son is in his first full year as an NBA player after the former Lincoln High star and UCLA guard Norman Powell was taken by the Milwaukee Bucks with the No. 46 overall pick in the 2015 NBA Draft. However, Powell’s draft rights were traded to the Toronto Raptors shortly after he was picked.

After graduating from Lincoln in 2011, Powell, who spent four seasons at UCLA, averaged 9.8 points, 1.5 assists and 1.1 steals in his career as a Bruin.

Exciting times for Powell, who appears to be a single guy, however, there is one very important lady in his life, his mother, Sharon. 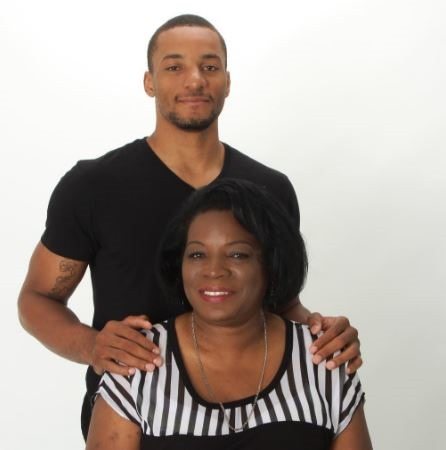 Powell gives much credit his mother Sharon, a social worker who demanded good grades and had three children, daughters: Joniece and Margaret and one son, Norman Jr. 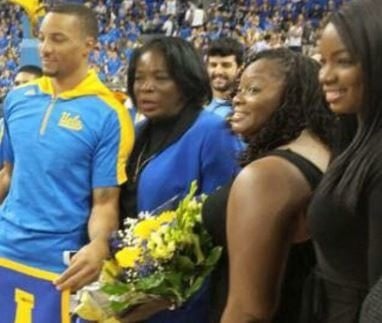 Anything less than a C grade was unacceptable. If Powell didn’t complete his chores or finish his schoolwork on time, Sharon Powell would not allow him to play basketball; even if it was a championship game. When Powell didn’t follow the rules, he would find himself spending hours at his kitchen table.

The UCLA history major revealed during an interview his father, Norman Powell Sr. wasn’t around,

“Growing up, it was tough,” Powell said. “Not having a dad there. Seeing my mom work and struggle to keep me and my two sisters afloat. So it really made me want to take the load off her plate and just make it easier for her. It really made me focus and work even harder to not struggle anymore. That just made me have to mature faster.”

However, Sharon’s brother, Raymond Edwards, became a father figure. Edwards took Powell to the gym to play one-on-one; calling him “Big Shot Powell” and “Mr. Big Shot.” His uncle sadly passed of cancer before Powell’s senior year of high school, becoming along with his mother, the encouragement voices in his head.

Powell also completed his history degree, meaning he was finally a grown up, per another one of Sharon’s rules, which states you’re not an adult until you have a Bachelor’s Degree. Sharon Powell organized a party with family members and close friends for her son on the night of the 2015 NBA Draft. Together, they waited until the 46th pick before they called his name.

As a social worker, Sharon Powell deals with pregnant teens and at-risk youths; and according to sports vice, the strict mother doesn’t envision a career change or retirement any time soon.

What do you think of this super mom’s influence on her son’s career?